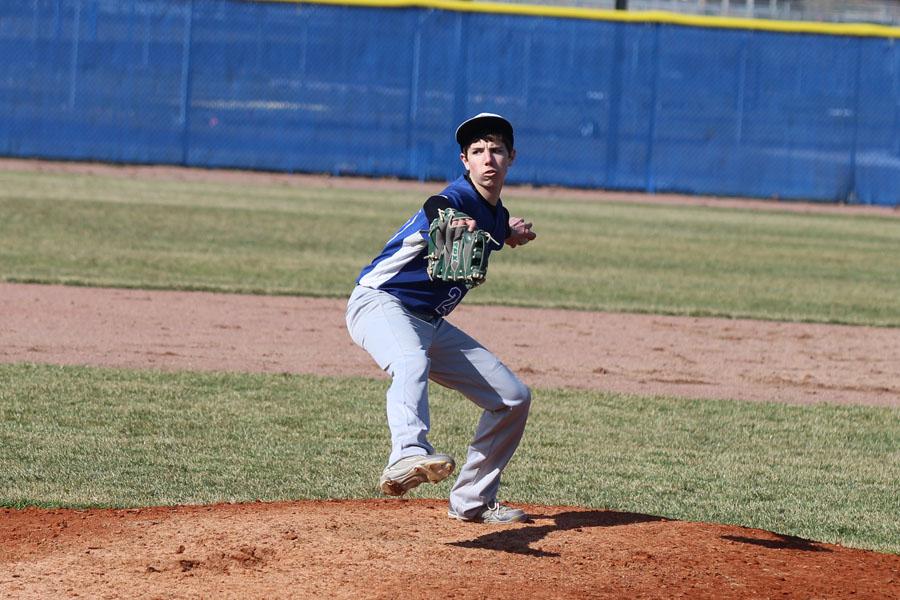 Mike Faso (9) pitches two innings of the game against Highland. The game was very intense because of the close scoring at that time.

After a grueling back-and-forth battle for the lead between Highland and Lake Central, the Indians prevailed 9-5 on April 5.

“We showed resiliency, we were down 5-3 in the third and came out on top 9-5 against a very tough team,” Brian McNamara, freshman baseball coach, said.

The first sunny day of the season was made better by the win, but there is always more to improve on in terms of technique, effort and practice.

“We need to work on some fundamental things, and that will come with more time and repetition,” McNamara said.

As the rest of the season goes on, the team has high expectations for what they are going to accomplish personally and as a team.

“I think the rest of our season will go really good, we’re strong in the lineup, like we can hit, and are all pretty good baseball players,” Christopher Fundich (9) said.

The next game will be April 14 against Hammond Bishop Noll and then on April 15 against Chesterton.