There will come soft rains 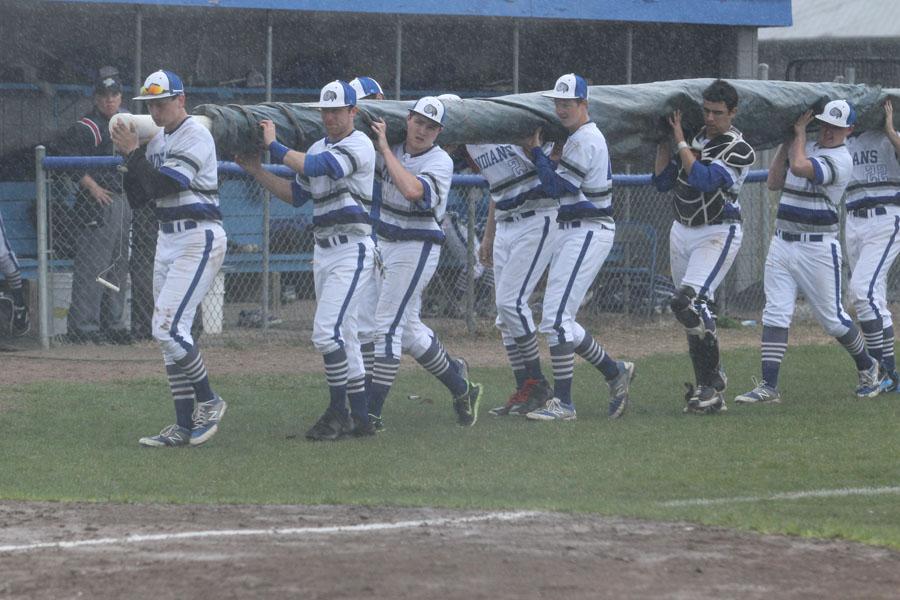 The Lake Central boys baseball team roll out the tarp as the rain begins to come down. They quickly huddled under the dugout to take cover shortly afterwards.

On April 21 the varsity boys baseball team competed against the Crown Point Bulldogs. The game was scheduled to start at 4:30 p.m.

Christian Sullivan (12) took the pitcher’s mound right away for the Indians. The first batter for Crown Point started the game off with a double, and when the second Crown Point batter, Mitchell Adducci, was up to bat, he smashed it out of the park.

From there the game started getting slippery–literally. Rain clouds have had been hovering overhead all day, and had decided to open up mid-game. Both teams retreated to the dugouts. The umpires huddled around home plate for a quick conference before calling the game.

“Officially, [the game] has not yet started because no outs were recorded. We will resume Thursday trailing 4-0. So basically we are spotting them four runs and starting over.” Coach Jeff Sandor said.