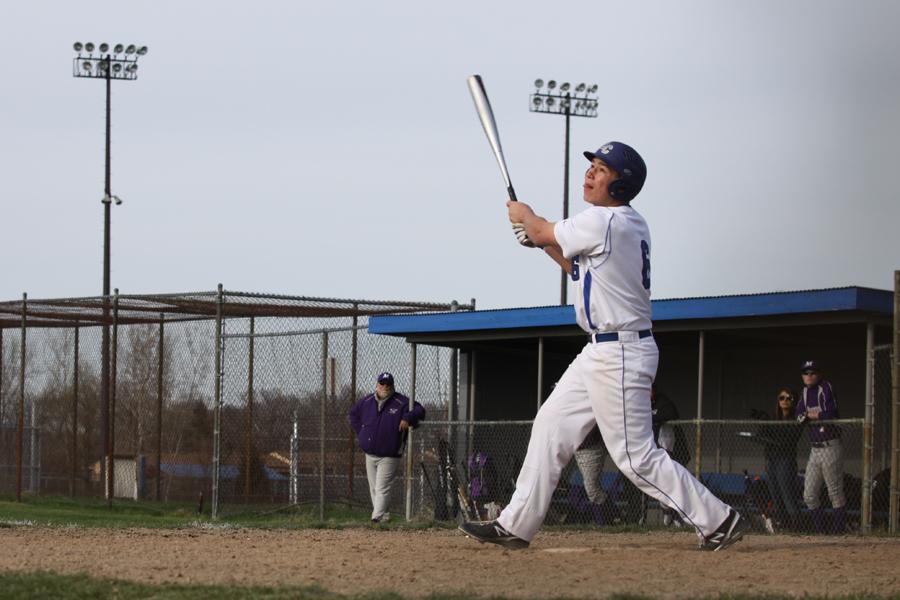 Maxmilian Radziejeski (10) watches where the ball he hit goes. The ball was foul.

In an early-ending game, the mercy rule was put in place, ending the game early due to LC’s considerable lead which was considered to be unattainable, after five innings were played.

The weather may have been cold, but the boys still pulled through and played to win.

“I think it was colder than usual. I think the pitchers’ arms were colder than they should have been and the bats. If it’s warmer, it helps the swing. The hands were just colder,” Daniel Zahorsky (10), pitcher, said.

This season, the team hopes to do as well or better than they have in past years.