Steady as the beating drum 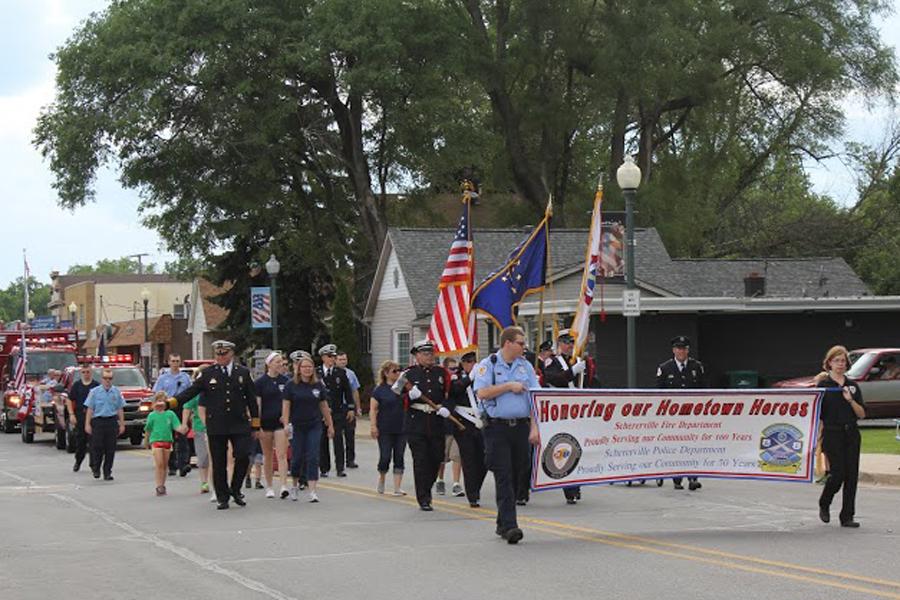 Carrying the theme of the parade, officers in uniform march proudly, waving at their audience and carrying the National and State flags. Volunteers and family walked alongside them, beaming as their fathers, brothers, sisters, sons and daughters were honored.

“It was good experience for the new members of the program and it went well for the band,” Justin Fox (12) said.

The threat of rain did not keep the dedicated parade goers away, and instead it helped to improve the walk of those marching in the parade.

“[The parade is] kind of tiring but it’s fun, you get to be a group and community. It was actually cooler out here than usual, usually it’s like 90 degrees out,” Kaitlyn Seitz (10) said.

The marching band, led by the color guard, filled the street with music as the group made their way past the eager crowds.

“I’ve done like three a year so this is my tenth [parade]. It’s nice to see people come out to support the band,” Timothy Giazzon (12) said.

Only 20 minutes after the end of the parade reached its final destination, the sky opened up and let loose a downpour.

“This [parade] was different since it was my first time marching at a public event as a senior and that the weather was worse than in past years thanks to the storm,” Fox said.

The parade went off without a hitch though and many police officers and firefighters were honored. This was not the first parade the band has attended nor will it be the last.

“[To new members,] don’t stress out if you mess up, there will be other opportunities to make up for it. Have fun, be serious about band but don’t freak out over little things,” Xochitl Regalado (11) said.