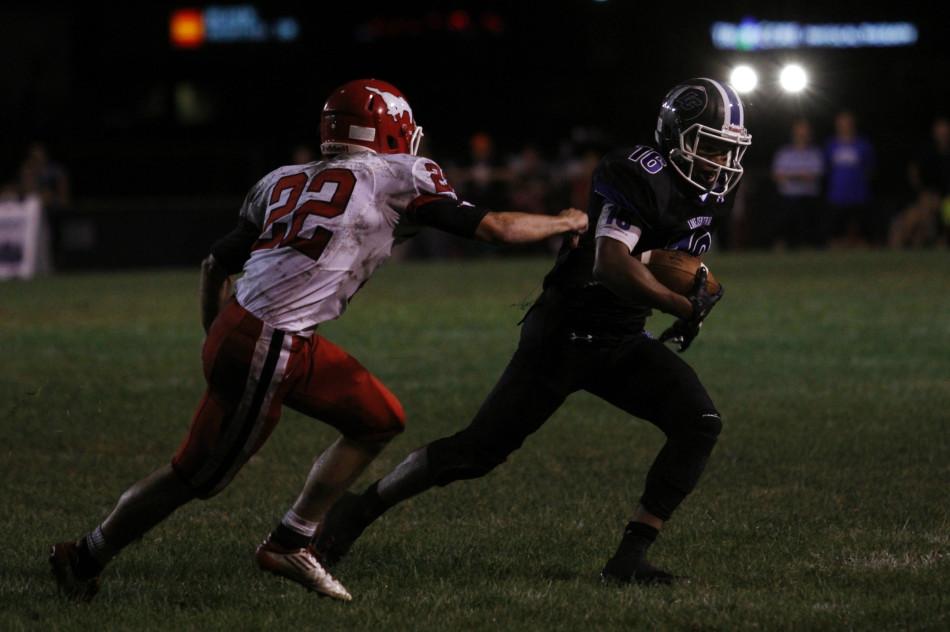 A year ago, Chicken Little would have proclaimed that the sky was falling on the Indians. They suffered a 27-9 loss to Munster, and the future seemed bleak.

They proceeded to rattle off nine wins and capture their first Sectional Championship since 1999. This year’s 24-21 defeat has the Tribe in another hole, but it is not the start, it’s the finish that matters.

“I think the team learned that you can never be too prepared for a game. Even the smallest things matter. We had a lot of mental mistakes, but those are easily fixable with hard work,” Colin Studer (11) said.

Sometimes a team needs a right hook to the mouth to wake them up. LC’s eight penalties for 85 yards did not assist matters, but the squad knows that they can mend their wounds.

“We played until the end. We never gave up. Everyone on the field was giving 110 percent, and in the end, that’s what we really wanted. Munster is a great team, and they really had to work for that win,” Quinn Paprocki (12) said.

Although the final outcome was unfavorable, the Indians took pride in the support from their faithful fans. As the final days loom over the Burial Grounds, the “Twelfth Man” (the crowd) is leaving their mark.

“It was really cool to have so many people come out and support us, especially the student section. They really got the team pumped up,” Studer said.

Friday, Aug. 29 is a new day. The 7:00 square-off against the East Chicago Cardinals offers a chance for redemption. Come out, wear black and watch the crew take their talents to 1100 W. Columbus Drive.