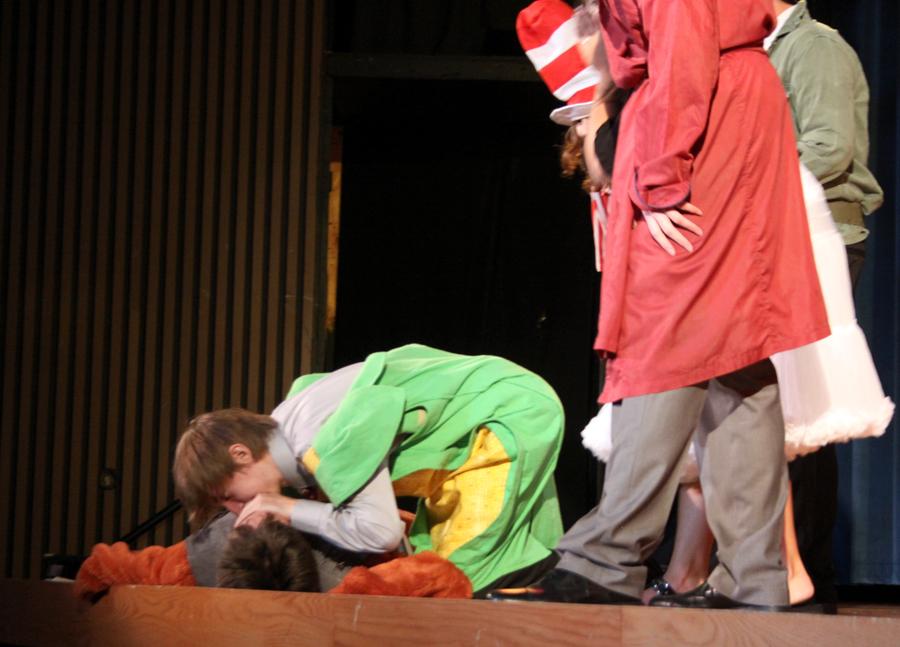 Last Thursday Afternoon the theater students found out whether or not they made this year’s fall play- Don Quixote. Matt Shute (12) got the lead role of playing Don Quixote himself, and Ashley Bates (11) playing Sancho Panza, Quixote’s squire on his adventure. But this year’s casting was a little different for the other cast members. The cast has ensemble casting, which means many of them will play more than one character in the production.

Billy Barry (12) (Don Quixote’s understudy) is both excited and disappointed with the roles he got.

“It’s bittersweet. I wanted a lead, but the way this casting works is that even with a small role you still get to do a lot of things, and I get to have a lot more fun with my characters,” Barry said.

The cast members will have to practice how to make their characters distinct from each other and also memorizing more parts than usual. While this will be difficult for the cast, they want to make the show as enjoyable as possible for all participating members as well as the audience.

“My goal is to make this show really fun for the rest of the people,” Matt Shute (12) said.

For the seniors it is their last hurrah, and they want to go out with a bang.

“I’m looking forward to meeting some new theater people and teaching them the ropes of theater. That way the seniors can graduate knowing we left our mark behind and have good people filling in our shoes,” Tony Perez (12) said.

The cast members have high hopes for the play this year.

“I think the play is going to turn out pretty good. From what I could tell, the cast is pretty well picked, and I think the script is kind of funny,” Zac Buntin (10) said.

Although they have the stress of auditioning and callbacks and sometimes even competing against their friends, the actors feel it is all worth the pressure in the end.

“Once you’re actually up there with an audience in front of you and you just make them laugh, it’s the best feeling the world,” Matt Shute (12) said.