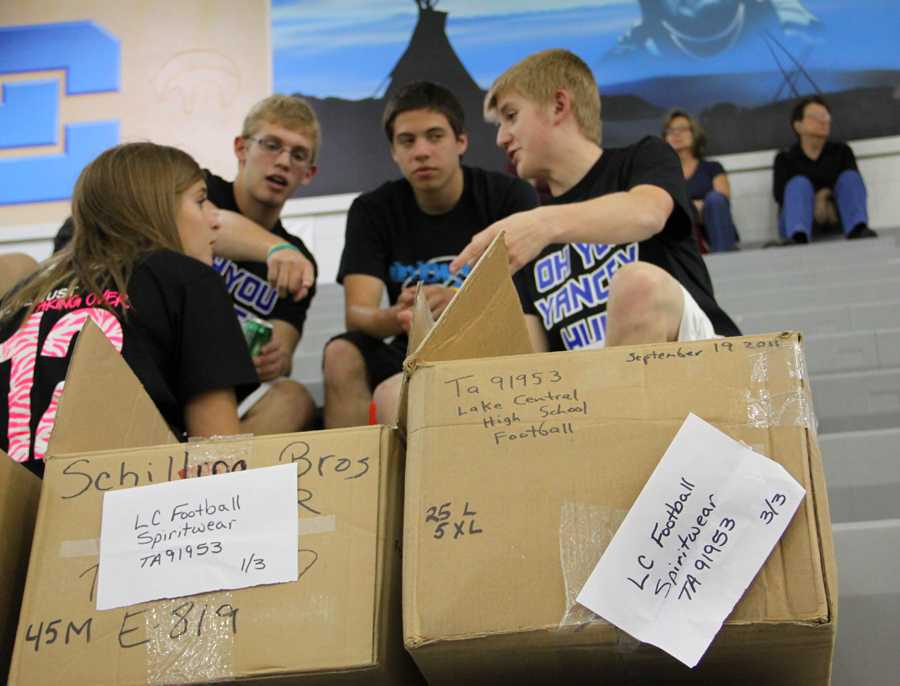 “The story behind the shirts started at the LC versus Munster football game. I was standing in the student section and my friend Mitchell Ackerman (12) mentioned the saying based on the song ‘Oh You Fancy, Huh?’. I suggested making it into t-shirts, and a lot of people said they would buy them. Superfan President Jimmy McNamara(12) wanted them to say ‘Roll Tribe’ on it because he was trying to get the idea moving along with the students. That is how they came to be made,” Miklusak said.

With a more than fair response from the students, these shirts have attracted a lot of attention as well as profit.

“We plan to donate the extra money to the Senior Class Cabinet so we can have the best Senior Banquet of all time!” Miklusak said.

The response from the shirts sky-rocketed, giving students chances to not only sport them at homecoming, but all athletic events.

“The plan for the shirts was to take over class t-shirt day during Homecoming Week because nobody wanted to buy the yellow ones; they can be used for any sporting event. It was just a creative way to spread school spirit,” Miklusak said.

Now that most of the students are on board with these new shirts, Miklusak and his friends were very impressed with how everyone reacted.

“The overall reaction to the shirts was incredible. I was surprised that so many people liked them,” Miklusak said.

All in all, The “Roll Tribe” shirts have proven to be an effective way to raise money and an alternative way to express school spirit.