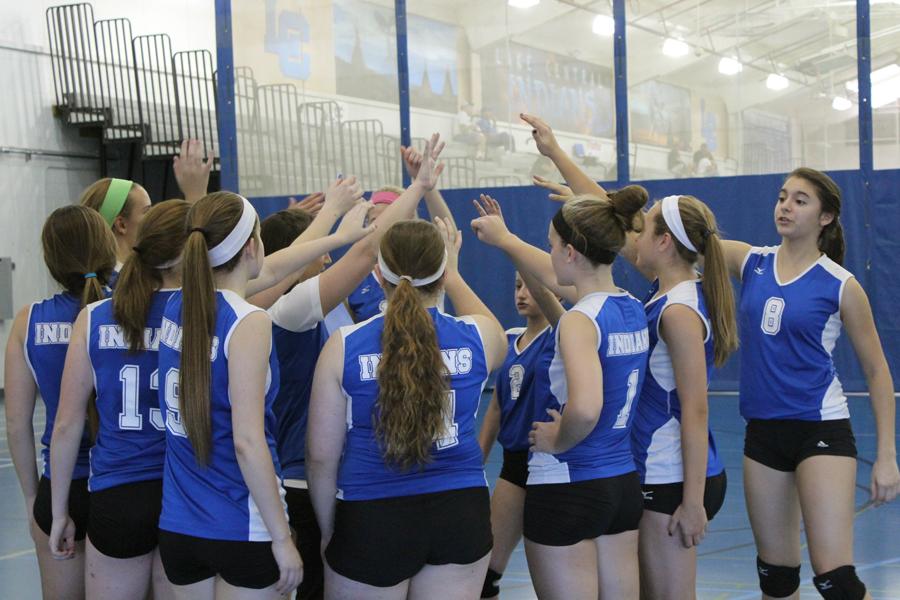 Players on the freshman girls volleyball team meet before the game to discuss a game plan. They do this ritual at the beginning of the games.

On Tuesday, Sep. 23, the freshman girls volleyball team faced off against the Chesterton Trojans.  The Indians finished the game victoriously with final scores of 25-13 in the first set and 25-10 in the second set.

“I think [the team] played pretty well.  This is our third time playing Chesterton, so we kind of had a game plan. They’re a very good serving team so as long as they served aggressively, Chesterton had a hard time returning the serves,” Coach Jamie Rodgers said.

The girls worked hard to defeat the Trojans, and in the end their hard work paid off.

“I think we did really well communicating and working together,” Jessie Balka (9) said.

There are five games and two tournaments left in the season.

“They need to work on transitioning and hitting, just being more consistent as a hitting team,” Coach Rodgers said.