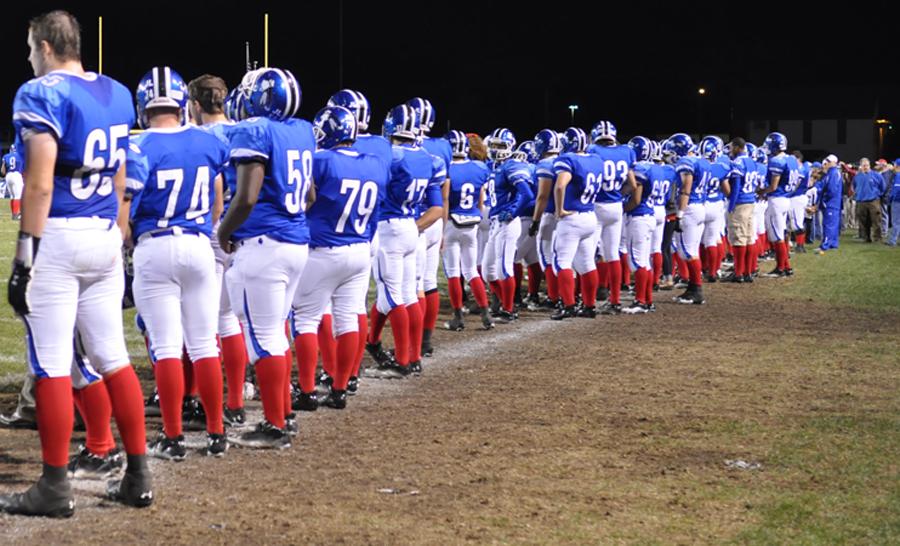 “Don’t get me wrong, I like to wear blue, but I’m glad that we are supporting the American Heart Association,” Isaac Mendoza (11) said.

Most students were in support of this idea.

“I thought it was a good thing to do. At the time I had no idea that we had players whose family were affected by heart diseases,” said Coach St. Germain.

Players Chase Fieldhouse (12) and Jake Turngren (10) both have younger brothers that are affected by hypoplastic left heart syndrome.

The Football team also supported another one of their players, Milos Losic (11).

“Everyone will be wearing a sticker on their helmet. It will have [Losic’s] dad’s initials on it. We chose to honor his father because Milos is a part of our football family, and we wanted to let him know we are a family and we are here for him,” Coach St. Germain said.