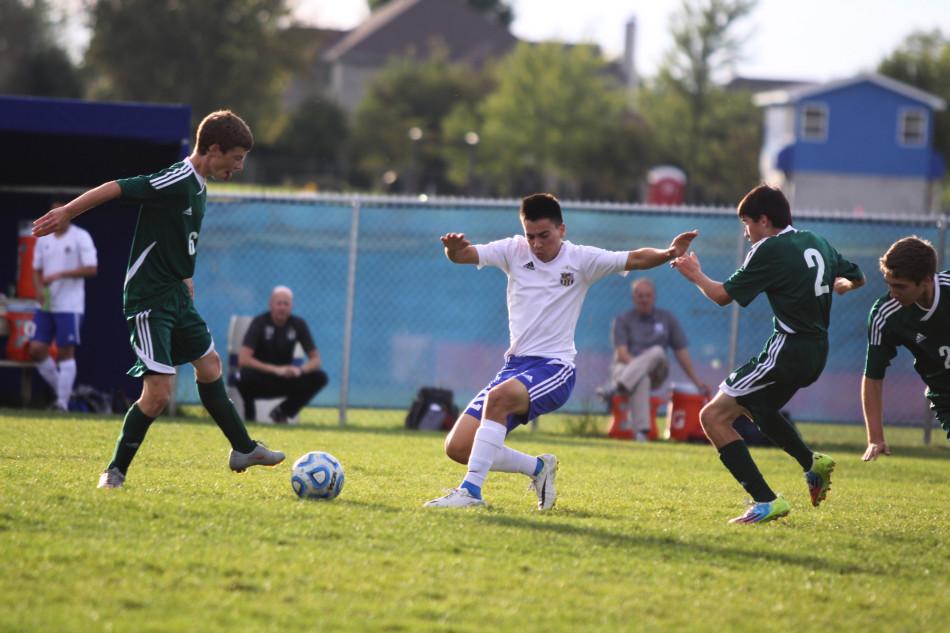 Bernardo Oseguera (11) fights for the ball. The Indians played Valparaiso for the DAC championship, and the Indians won.

The JV boys soccer team and the Valparaiso Vikings battled over the DAC title on Sept. 24. At the conclusion of the game, the Indians left the field as DAC champions with a score of 1-0.

“It felt good. It felt like last year when we won the DAC. It was overall just a positive feeling for the team,” Justin MacNeill (10) said.

“They played a good game and I think the game could have gone either way,” Mohammed Hijaz (10) said.

The atmosphere changed late in the second half of the game when Lake Central’s player Michael Bikos (9) scored the first and only goal scored in the game.

“In the second half, we played a little flat. We had to overcome that and then we scored a late goal,” Hijaz said.

The boys left the field with their heads held high and will walk on to the field in Zionsville, Ind., with confidence for the tournament they are playing in Sept. 27.

“It felt pretty good knowing that we won the conference. It was a big relief off our shoulders,”Hijaz said.