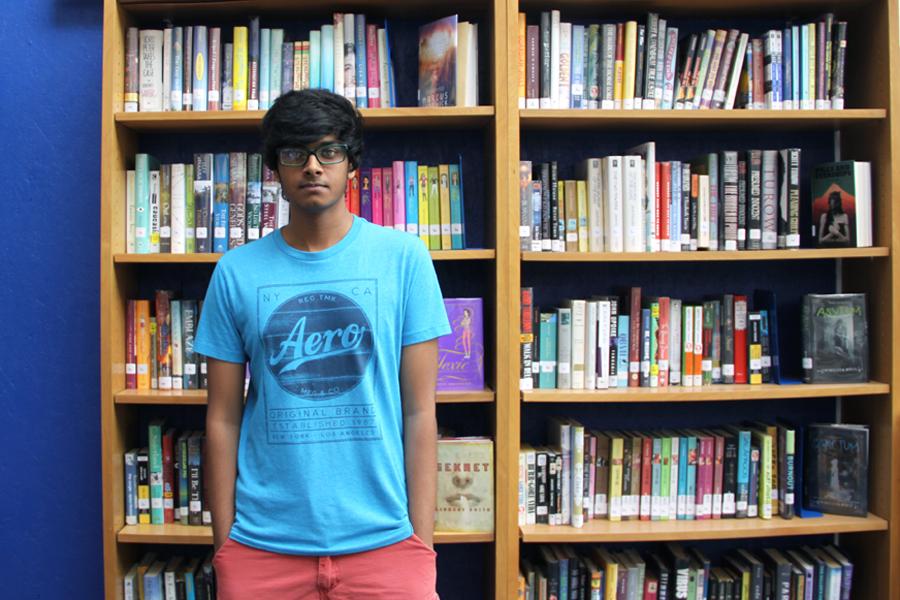 Q: When did you find out that you were a national merit scholar

A: “I found out a couple weeks ago. [Mrs. Melissa Rettig, Guidance], called me down to the Guidance Office, and she just told me about what it is and what I had to do to qualify for the scholarship.”

Q: What did you do to prepare for the PSAT?

A: “I took two or three practice tests the weekend before I took the test, but that’s it.”

Q: What kind of scores do you have to get to qualify to be a national merit scholar?

Q: What steps do you have to take after qualifying to move on to be a finalist and get the scholarship?

A: “There’s an application that was due Oct. 8, and it asks you about extracurricular activities. You have to write a small essay, and there’s also a teacher’s recommendation that’s part of [it], too.”

Q: How does it help for college in terms of getting accepted and paying?

A: “You get a semifinalist [title], which is good to put on your college applications because it shows that you are good with taking the PSAT [and other standardized tests], I guess. The scholarship, I think, is around [$2500], I am not sure, though. Only about half the people who get [the] semifinalist [title] for national merit get the actual scholarship. They won’t announce that until next year.”

Q: What is the difference between a semifinalist and a finalist?

A: “A semifinalist is anyone who [scores] higher than the 210 on the PSAT. After the applications go in, they narrow it down to finalists, and then they narrow it down to people who actually get the scholarships. Semifinalists are announced in [September], the finalists are announced in [January], and the actual scholarships are handed out for the next school year.”