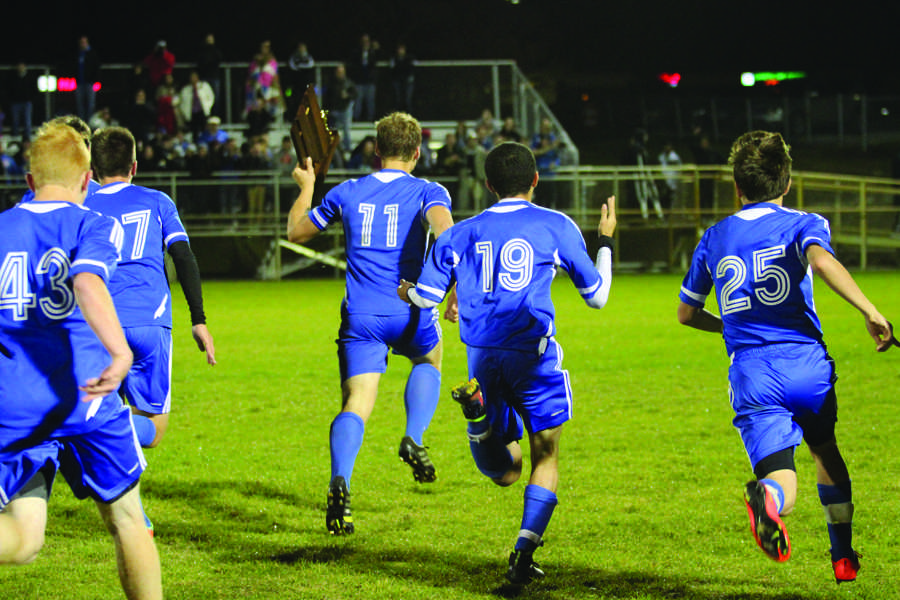 The varsity boys soccer team dominated Griffith and conquered the Sectionals title with a score of 4-0. The boys seemed pretty confident and ready to take on the Griffith Panthers prior to the game.

“I think we are going to do really well. We are very confident in ourselves, even though we have not played Griffith yet we believe we will do well,” Benjamin Klebs (11) said.

When talking to the players they all make a great emphasize on how the team is like a second family.

“[Being part of the team] feels great, we are like a family, and I love the sport so playing my favorite sport with my brothers is an amazing feeling,” Michael McClelland (11) said.

Not only is the team a family but also a source of support and encouragement to all players.

“I think the best part [about being on the team] is that my coaches actually believe in me to take a lead role in the team and how my teammates always back me up,” Klebs said.

With a significantly larger fan section on the opposing side the game did get a little heated. Griffith fans were very vocal in their opinions towards the soccer team, and even a Griffith player tried to start a fight with our team.

“At first [Griffith’s crowd] was intimidating but after we scored a few [goals] it died down and we kept control of the game,” Miguel Palacios (11) said.

Klebs scored the first goal, turning the atmosphere around.

“It felt awesome, I wanted to get the first one because I knew that it would be hard to come back with that big of a crowd that Griffith had. It really relieved the pressure we had on our shoulders to get this win.” Klebs said.

Later in the game, McClelland scored two more goals, bringing the team and crowds spirits up.

“Making the two goals felt great because it kind of gave us a cushion to winning, and when I scored them my teammates looked excited and that made me feel better,” McClelland said.

In the end the Indians proved the overwhelming Griffith crowd and team wrong and won the sectionals game and received their trophy.