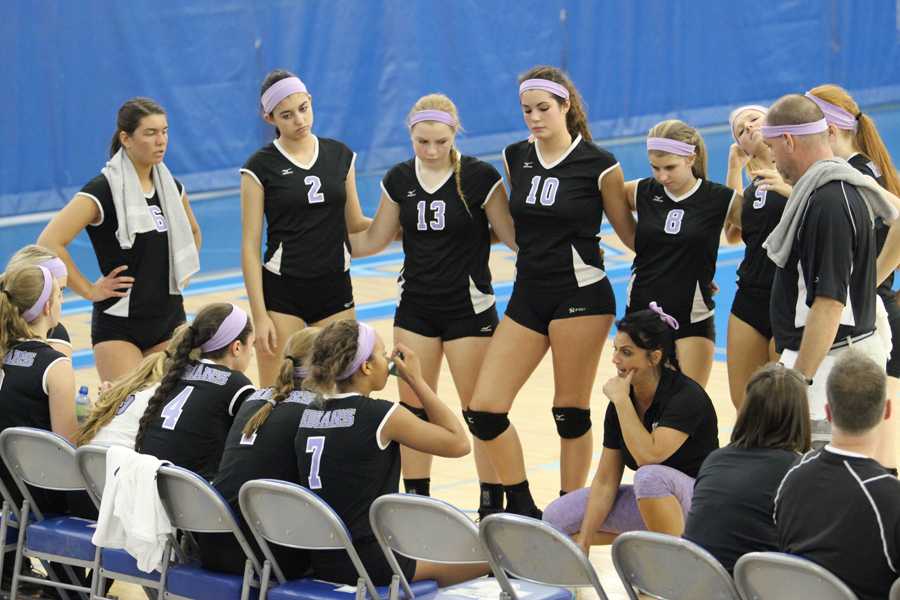 Victoria Gardenhire (11) prepares for the ball that was about to be served. The end of the first set had a score of 26-24.

“Most of us had the will to win. We really wanted it.  Even though some of us didn’t play to our best ability, most of us tried,” Julia Kruzan (11) said.

Although the Vikings were victorious against the Lady Indians, the girls were able to suppress their emotions enough and were still proud of their team’s performance.

“We were pretty disappointed because in the first three sets we played really well. We just gave up in the last set, and that’s disappointing to see because we all really wanted to win. I think as a team we were frustrated, and when we were down, we were really down. It was frustrating,” Rachel Gross (11) said.

The theme for this game was Bump out Cancer. Around Lake Central’s gym, there were tables where you could donate money to cancer research. The varsity volleyball team wore purple to support the cause.