“The Legend of Korra”: an enticing animation 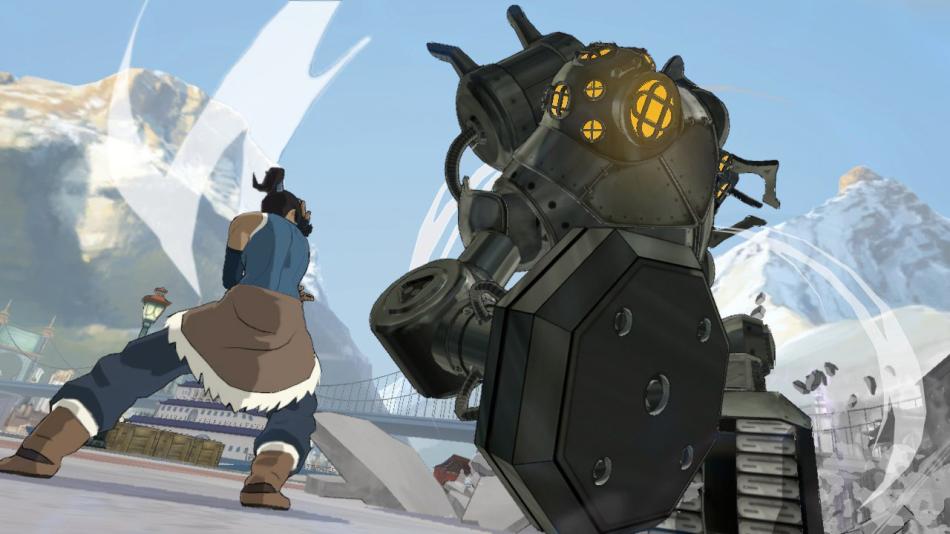 Step into a fantasy world in the action/adventure animated series “The Legend of Korra” created by Bryan Konietzko and Michael Dante Dimartino. “The Legend of Korra” is a continuation of a previous animated series called “Avatar: The Last Airbender.” This exciting show takes place in a world where humans have the ability to manipulate the four elements: water, earth, fire, and air. Along with the four elements there are four nations to match; the Water Tribe, Earth Kingdom, Fire Nation, and Air Nomads.

The main character, Korra, is the Avatar who can “bend” all four elements. She is the only human who has that ability, and when she dies, the new Avatar will be reborn, which will continue the cycle. As the Avatar, Korra has a duty to bring balance and peace to the world.

On October 3, 2014, the first episode of “The Legend of Korra” season four was released on the Nickelodeon website. In this episode, we catch up with the characters; Korra, Asami, Bolin, and Mako three years after they left Republic City and went on their perilous adventure. It presents us with new characters who could possibly be the antagonists.

The first episode of the fourth season of “The Legend of Korra” perfectly sets the tone for the rest of the season. The viewer is gently guided and understands that the episode takes place three years after the last time the show aired. The condition of the world is presented to the viewer clearly and smoothly.

Of course it would not be “The Legend of Korra” if there was no action. The action scenes, though not many because the viewer has to play catch up, show new methods of fighting that keep it exciting. Some action scenes even present new characters that show their power and skill level to the viewer. Fans of the show will be excited to see how much their favorite kid characters have grown, to speculate what is going to be the new threat to the world and what the inner conflict is for Korra.

Despite how exciting the new episode is for fans, it moves a little slow. Compared to the last few episodes of the third season, there is less action and not as many events are going on. It is clear that this episode is mostly about informing rather than showing. If the viewer did not finish the last season, they would be confused.

If you are enticed by fantasy worlds and characters that you can connect with the “The Legend of Korra” is a show you should check out. The past three seasons have been great hits and by the looks of it, so will this one.