Girls volleyball players give it their all 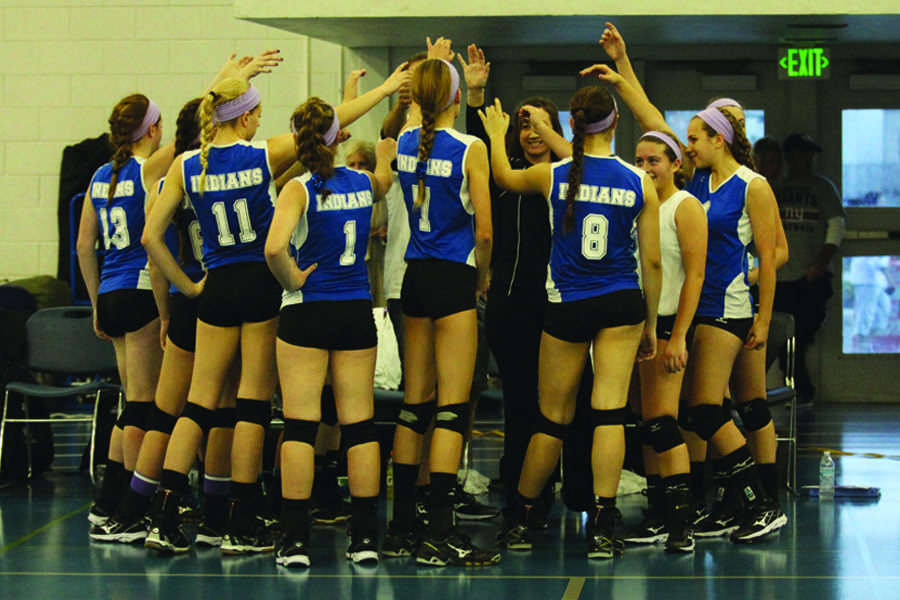 The team comes in for a huddle before their third set. The girls kept their heads high before, during and after the game.

On Tuesday, Oct. 14, the freshman girls volleyball team played against Valparaiso. The girls kicked off the night with a close success, but unfortunately the night ended with a 21-25, 25-12, 9-15 defeat.

“I think that at times they played really well. At the end they fell apart with basic fundamental errors, but overall they did very well,” Coach Jamie Rodgers, Guidance, said.

Because Tuesday’s outcome decided if their volleyball season would end, the girls gave it their all to be successful.

“I thought that we would come back with a win, but I guess I was wrong. It was challenging, but we still fought hard,” Rachael Robards (9) said.

Despite their loss, the girls kept a positive attitude.  For some, the final scores weren’t the only important aspects of the season.

“Even though we lost to Valpo in our last game, I felt like we also won. We won because we all worked together, and we all won each others friendships. I’m looking forward to next season with the team again.” Lauren Stearns (9) said.