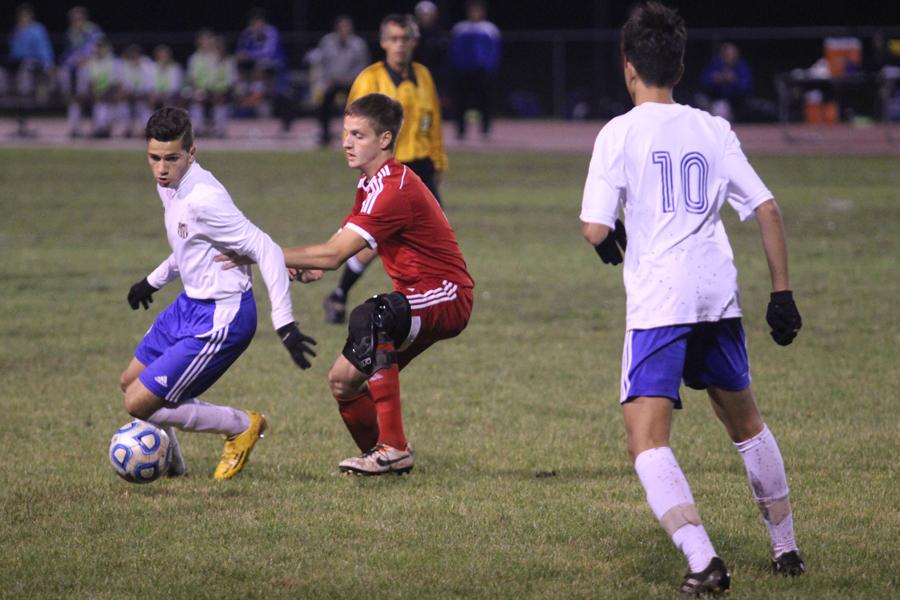 Naser Tahawah (10) attempts to keep the ball away from a Munster player with the help of Michael Flores (12). The game’s final score was 1-0.

On Oct. 16 the boys varsity soccer team lost the regional title to Munster with the final score of 1-0.

“I thought we played well, just didn’t finish our chances. We kind of got the short end of the stick,” Michael Flores (12) said.

At the end of the first half, the game was tied 0-0. During a free kick in the second half, the Munster Mustangs scored against the Indians.

The alumni of the team still have high hopes for the future years of Lake Central Boys Soccer Team.

“I know that the younger guys are going to do good things next year and years to come,” Flores said.