Kickin’ It Outside of School 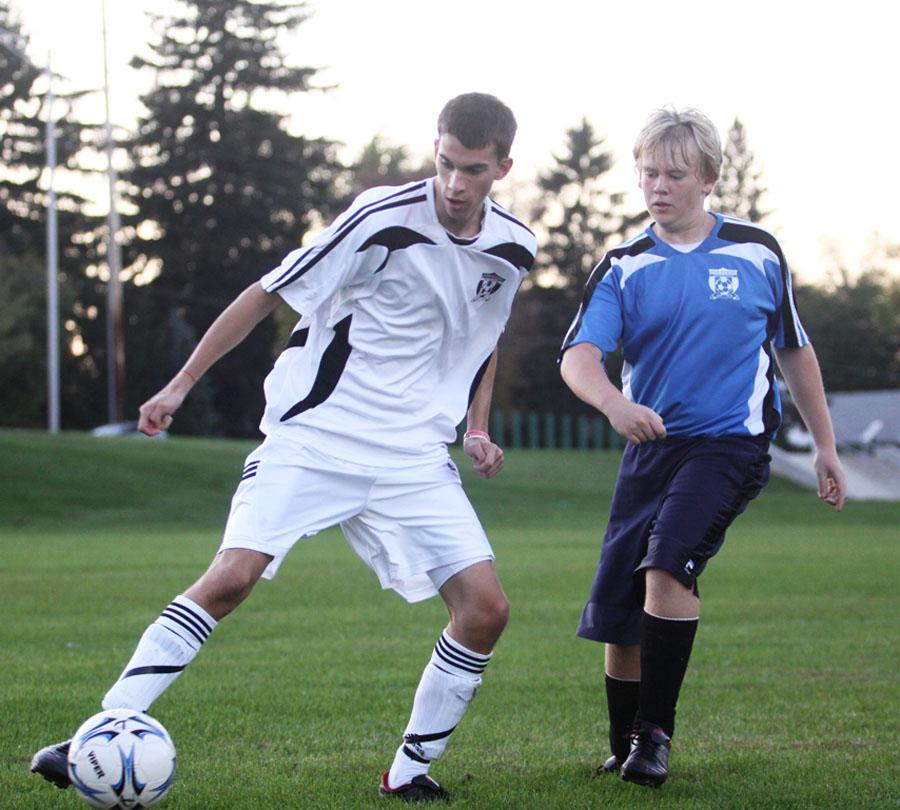 Dyer Kickers Soccer Club has been a popular activity for young athletes around the community for 36 years now.

The ages go from 4-18 years old. The U-18 group consists of only three teams. There wasn’t a very big turnout for sign-ups this year. Although not as many school athletes continue with outside activities, Zac and Jake Miklusak (12) have been playing with the Dyer Kickers for almost 10 years.

“I was asked to try out [for the schools team] last year but decided not to, no reason behind it. I regret it now, though, since we’re state champs,” Zac Miklusak said.

Zac plays forward while his brother plays forward and midfield. Both of the boys enjoy the forward position more, called the “striker” on their team.

“I like [striker] more because it’s less running I have to do,” Jake Miklusak said.

The players are not just from our community; they consist of kids from Munster, Lynwood and Crete.

“It’s a good way to meet new people. I like being able to see different faces other than the ones I see in the hallways,” Zac Miklusak said.

Dyer Kickers is open to anyone who is looking to play soccer for an exciting experience.