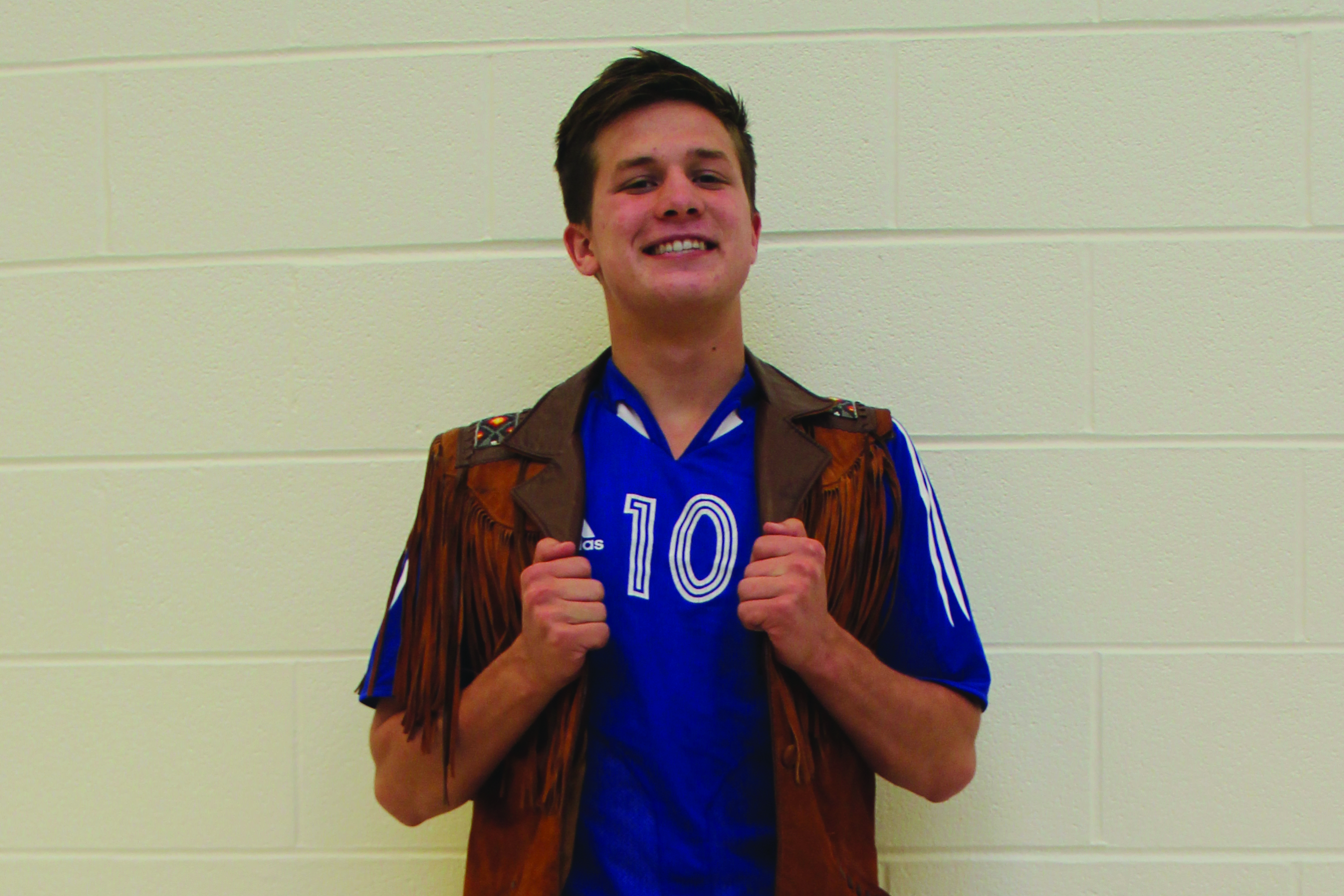 Colin Chenoweth (12) poses for a picture in his Indian costume. He wore his vest over every outfit to each football game of the season.

Q:How did you become the Indian?

A: “Well, the Indian is handed down from the past indian. When I was a sophomore and I first came here it was Nick Kellams (‘13). Nick Kellams then handed it down to Kevin Culp (‘14) Me and Kevin Culp hung out all the time. Everyone thought it was going to be either Jimmy Lafakis (12), Andy Tellas (12) or me. The first day of school this year after our nerf war at Logan Lambert’s (12) house, he handed the costume to me and announced I would be the Indian.”

Q: How is it being the Indian even though you did not attend Lake Central the past four years like most of the past Indians?
A: “I have always really been into what I do. I was always the kid in gym class starting chants for something stupid like wiffle ball because I thought it made it more fun. When I was at Portage, I was always into the Portage Indians. Then I got here and it took me a while to adjust because I did not have friends at first. I did not go to many games. Starting junior year I got really into going to all of the games because I love being behind the team and getting everyone pumped up. Most people don’t know that I went to Portage, but the few people who did say stuff about it did not affecting me because I know I can do just as good of a job as anyone else, if not better. At least, that is what I am trying to do.”
Q: What have you done so far as the Indian?
A: “Everyone has told me it is all up to me to get the crowd pumped up and get themes in order. I am not really into the control of that. Instead of doing [what] past Indians have, I have made a group of my friends and we run it by ourselves. People talk about themes and we then choose what the majority votes for. We have a twitter account that three of us run, so then if something were to happen, all of the blame would not be thrown on me but because that is what the people wanted. I try to keep it a democracy for all games and themes.”