“Interstellar” takes audiences out of this world 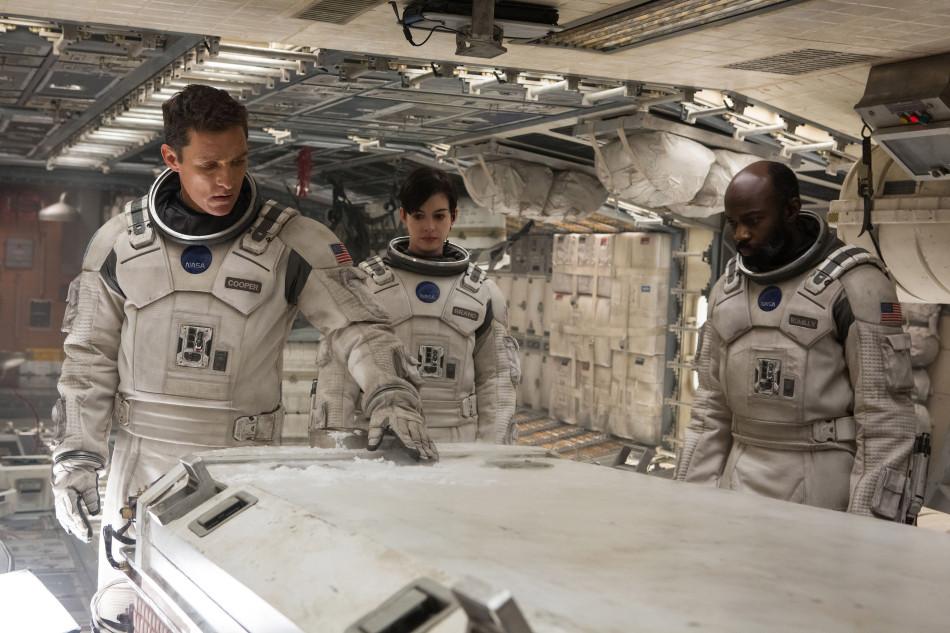 Grossing $47.5 million in its opening weekend alone, Christopher Nolan’s “Interstellar” has found a way to balance science and soul into a mind-blowing blockbuster.

The movie, set in the near future, follows retired test pilot Cooper (Matthew McConaughey) as he is led to a NASA test site and recruited to lead a series of space explorations. Called the Lazarus Missions, these explorations are an effort to find a new planet to replace Earth before dust storms completely eradicate the human race.

I was surprised by just how much science the movie actually contained; most science movies only have enough information to move the plot along, but “Interstellar” sets out with the intent to teach audiences more about black holes, relativity and gravity without making them feel dim-witted or like they are in a classroom.

This is, in part, because of the phenomenal cast, including Michael Caine as Professor Brand, the scientist behind NASA’s last-ditch effort to find a new planet. Anne Hathaway and Wes Bentley (of “The Hunger Games” fame) also join McConaughey as scientists, completing the ensemble.

Coming from such a big name as Christopher Nolan, I expected a lot regarding the cinematography, and I was not disappointed. Many sequences alternate between the frantic Lazarus shuttle and silent shots of outerspace. Contrasts such as these come together in a series of breathtaking scenes that alone are worth the price of the ticket.

“Interstellar” is a beautiful movie that has lived up to the hype that surrounds it. However, it is also a movie that requires a lot of thought in order to fully understand it. I would be surprised if Nolan, McConaughey or the other cast members came out of awards season empty-handed.