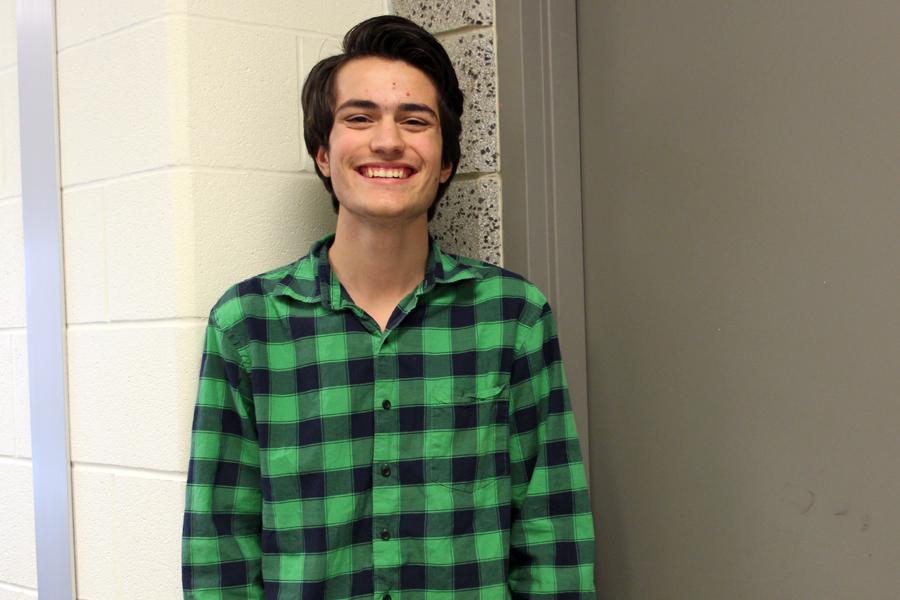 Alexander Vrbanoff (9) poses after talking about fencing. Alexander has been fencing for a couple of months.

Q: What type of fencing do you do?

A: “There’s three different types, but the most commonly known ones are sabre and foil. I do sabre, which is like a slashing motion.”

Q: Do you consider fencing a sport?

Q: How long have you been doing fencing?

Q: Where do you fence at?

A: “Its called NAF, National American Fencing, I think.”

Q: Why did you start fencing?

A: “One time I went to the McCormick Building. It was this cool, open place where you could try all these different sports, and this guy hooked us up with fencing. They gave you like an hour long lesson, and ever since then I just thought it was cool.”

Q: Do you have any other friends that do fencing with you?

A: “Edward Halbe [11] does it too. I’ve known him for a while because he’s my neighbor’s friend.”

Q: Do you do competitions?

A: “There’s actually a tournament November 17 that I’ll be [competing] in.”

Q: Are you in a group class, and if so, how many people are in it?

A: “Yes, there’s a class. There’s maybe twelve people in my class.”