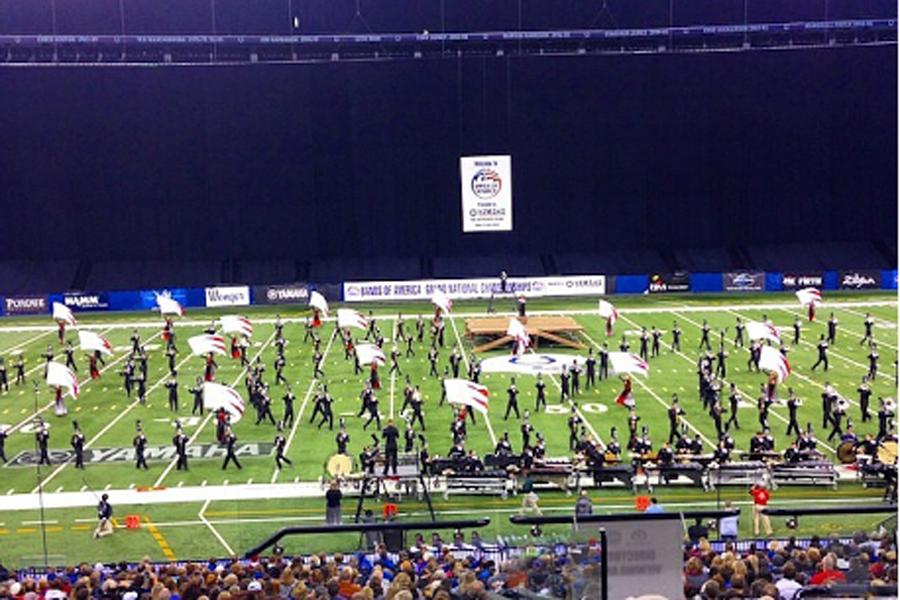 Lake Central ‘Tribe of Pride’ competes at the Bands of America Grand National Marching competition from Nov. 13-15 at Lucas Oil Stadium in Indianapolis, Ind. This was the last competition of their season, and they placed 24th overall.

On the weekend of Nov. 13, the Lake Central Marching Band competed in Indianapolis for the Grand National Championships. The Tribe placed 11th in preliminary performance and 24th overall in a competition with high schools from all around the country.

“This year felt amazing. We got fourth at state finals, which was really awesome. Unfortunately this year we did not make Grand Nationals finals.We placed 24th in the nation, but it’s not the placement that counts. We had an incredible performance [that] I wouldn’t change for the world,” Alexa Adams (11) said.