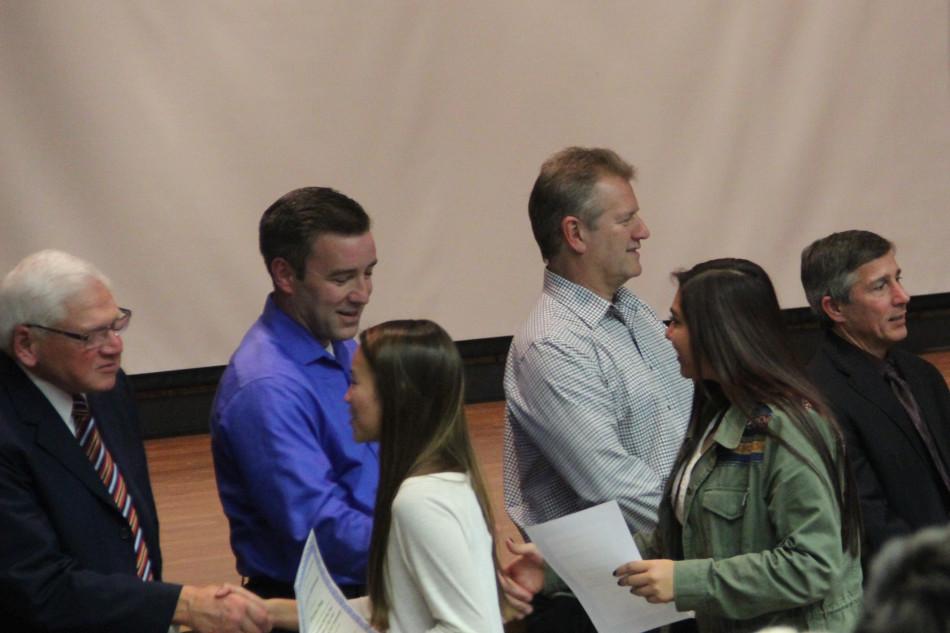 Jennifer Chavarria (10) shakes hands with the school board members in congratulations for the awards.

For the first school board meeting of the month, family and friends gathered to congratulate their children who were given recognition awards for marching band.

“I speak from mild experience of band students. [The band students] are under appreciated in a lot of ways as far as their hard work and their time,” Mr Robin Tobias, Head Principal, said.

The students participate in state competitions to be ranked and scored as a whole.

“I’m happy about it since we made fourth last year so it’s the same outcome. But I think last year was a better show, but I’m happy with the outcome because we could’ve done way worse but we didn’t,” Ciana White (10) said.

Every marching band student was given an award for the dedication to the band and for all of the time they put into it.