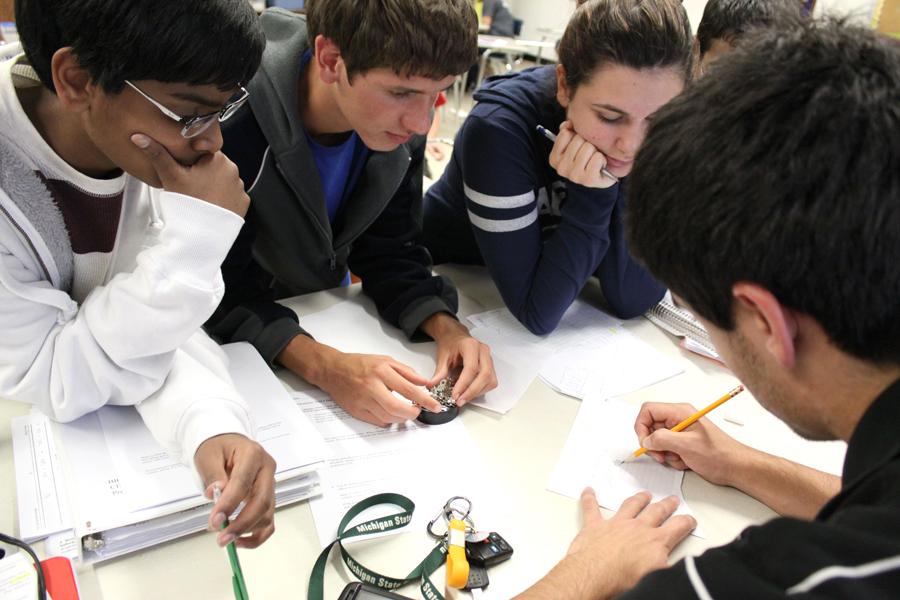 Monday night, the Science Olympiad team met in A-110 for an hour and a half of t-shirt designing, event planning and research.

One part of being on the Science Olympiad team requires members to do research for their respective events to be prepared for competitions.

Some events strictly require knowledge of a subject, while others require knowledge and the ability to build. Just a few of the 23 events featured include Forensics, Gravity Vehicle, Helicopters, Optics, Protein Modeling and Towers.

According to Elizabeth Mettache (11), Anatomy & Physiology is one event with a lot of competition.

“It is the most sought after event,” Mettache said. “It’s interesting, and you really have to know your stuff.”

The team’s first competition is an Invitational to be held at Whiting High School on December 3.

“We got seventh in State last year. We’re really looking forward to this year because everyone knows us now. We’re going to go in with a bang and hopefully make it to nationals,” Charles Sayger (12) said.