Lady Indians begin holiday feasts with a taste of bulldog 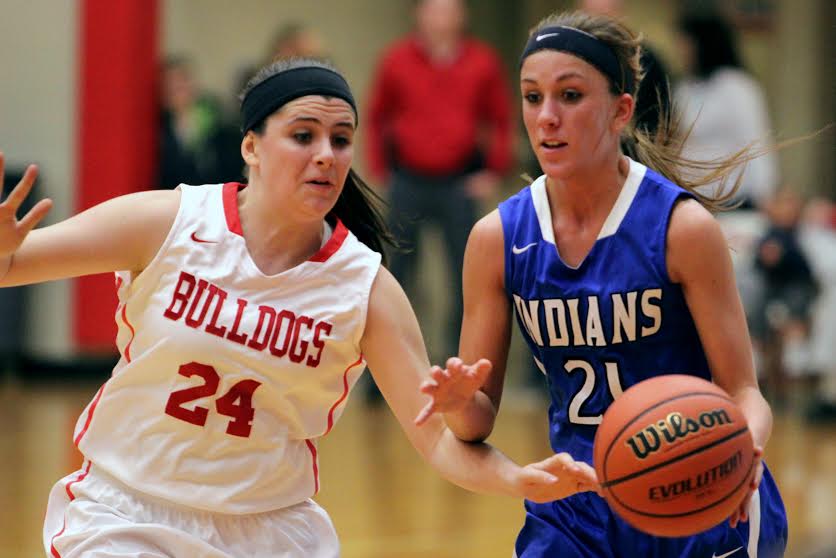 On Friday, Dec. 19, the varsity girls basketball team tipped off against the Bulldogs at Crown Point. The team took a bite out of the Bulldogs to begin holiday celebrations with a final score of 54-37.

By the second half, the team came out with more energy. The girls started executing their plays with more force and rebounding more aggressively. However, after the halftime break, both teams returned to the court with more spice.

“I got screened, and for some reason there was a foul on me. I don’t know how. I fell onto the ground, and it kind of hurt. It kind of made me mad. [After that] we just picked up our intensity,” Tara Zlotkowski (12) said.

Crown Point is a rival school, so there was a large turnout for the game. Away from its home court, the team adjusted to the competitive environment and even prepared for standout players, such as Hannah Albrecht (11). The girls focused on zoning and guarding Albrecht to force her to make more passes than shots.

“That was a good conference win for us. We always have a tough time for some reason when we’re here. I don’t know why, but we talked and just did what we had to do. They definitely picked up their pressure, and it’s a big gym and big crowd here. It was hard to hear each other. We had to be loud and try to communicate more, but it takes a lot,” Zlotkowski said.

For the first time in a few years, the team will not have any games during winter break. The team will spend the time off practicing for the upcoming game against Westfield in Indianapolis on Jan 3.