Everyone goes home with a medal 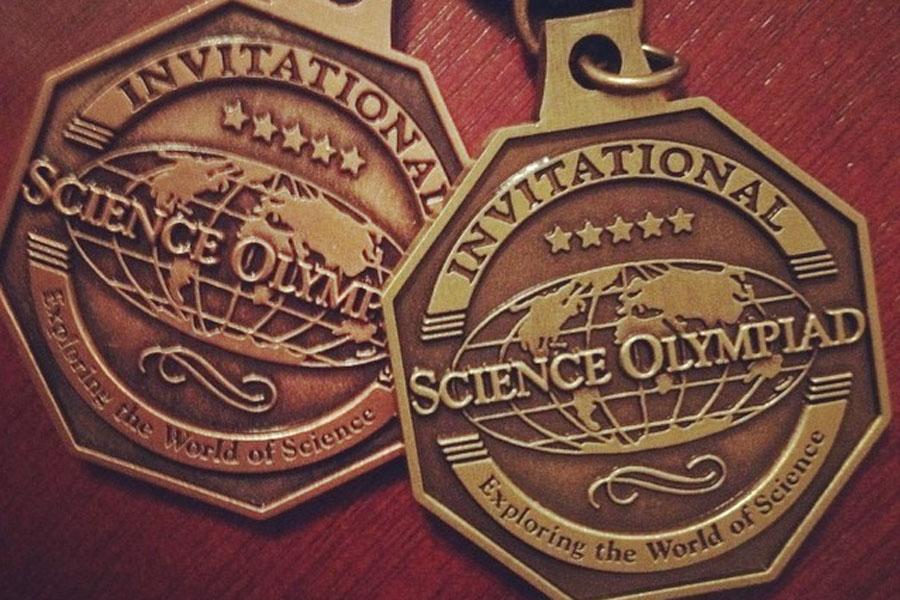 Everyone on the Science Olympiad team brought home a medal from scoring in various events. They showed their pride by posting pictures on social media websites, such as Instagram. Photo provided by: Robert Belzeski (12)

On Jan. 10 at the “Best of Illinois” tournament and the Manchester Invitational, every Lake Central Science Olympiad competitor took home a medal. The teams split up and conquered the tournament in Skokie, Illinois and the invitational here in Indiana.

“Every kid that went placed and everybody got a medal, whether it be top three or top five, depending on what they had done. That was unbelievable,” Mary Joan Martin, Science, said.

Mrs. Martin had an overwhelming sense of pride for her students, and it felt as though she was a mother sending her kids off for college when she saw the buses taking the students to their competitions.

“I worked really hard for the past few months and I finally got first in the final in Astronomy,” Michael Shanks (10) said.

The amount of events, time and effort that students choose to put into their project varies, but it all shows in the final presentation. Some of the Science Olympiad alumni even came to help the students with their events while they were home from college.

[Working with the alumni] helped in such a way that you learn things that you may not learn in high school and most of the things would be [helpful for] the harder questions. It’s helping us place higher in the long run [and] kept up the team morale. We all did really well [this weekend], and [I’m hoping that] everyone will get to state and then hopefully nationals,” Sarah Hermanek (10) said.