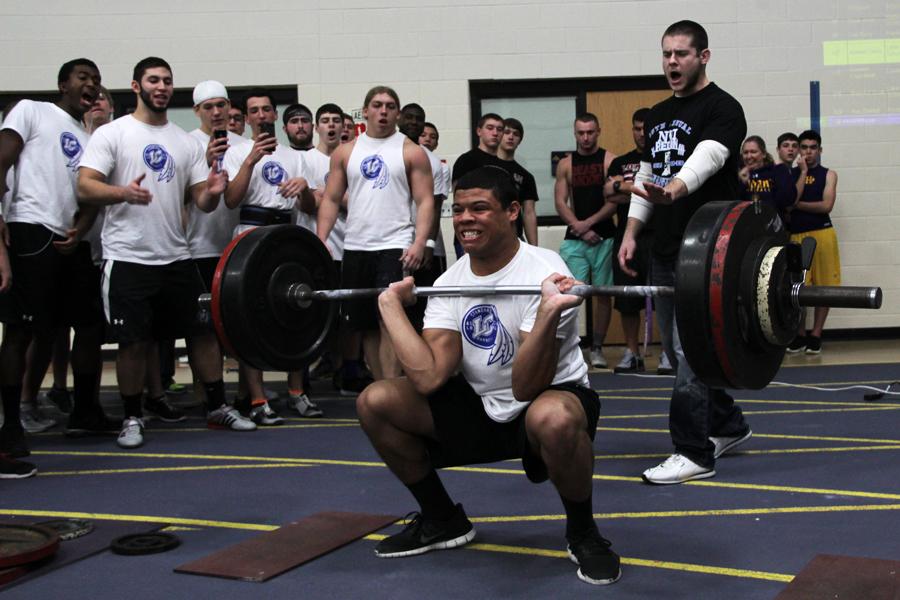 Antwan Davis (12) attempts to break a record in the power clean lift. Davis finished in third place behind Brandon Scott (12) who placed second.

“We have competed in the competition for the past four years, and the first year we got second place as a team. The last three years we won first. We set a record this year for most points scored as a team,” Cody Schultz (12) said.

Kristina Tinsley (10) was awarded MVP of the competition in the girls division. Laura Schoonmaker (12) broke the senior girls record for deadlift at 425 pounds and set the tri-lift record at 745 pounds.

Matthew Djordjevich (12) broke the heavyweight class power clean record at 330 pounds and placed second in his class, while John Drosos (10) came in first place for the 132-pound weight class.

“I did good. I got fourth in my weight class, and I got a new personal record for my deadlift. I was also one of only four people to clean 300 pounds,” Schultz said.

“I did better than I thought I would. It was a great experience again, and I can’t wait to do it next year. It’s going to take a lot of work to get first next year, and it was fun,” Austin Chekaluk (11) said.