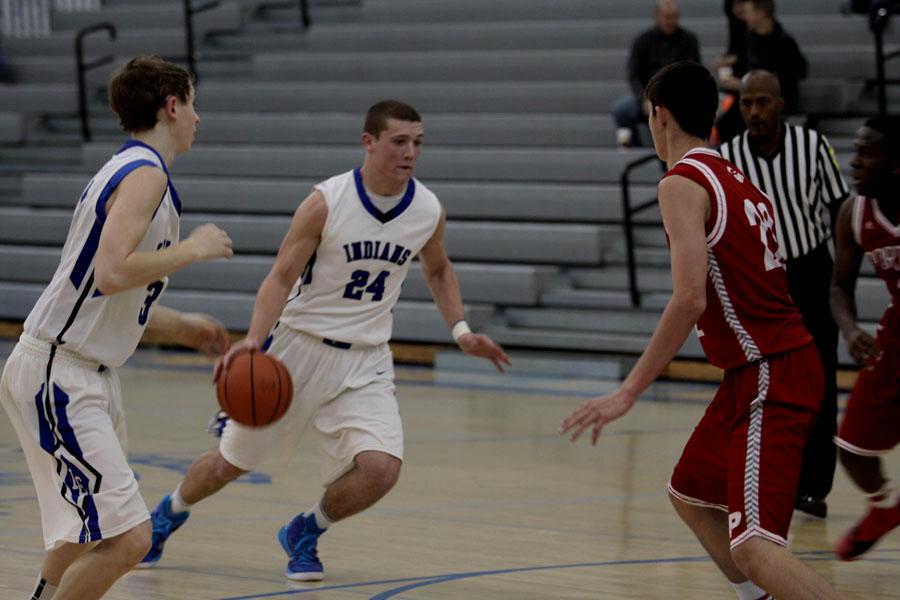 Austin Atkins (10) hunts for an open path to the basket as his defenders retreat. The game was played at Lake Central.

The JV boys basketball team faced off against the Portage Indians on Friday, Jan. 16. The boys defeated the opposing team with a final score of 72-44.

“We could’ve played better and talked more. We are kind of quiet on defense. We didn’t come out with enough enthusiasm, [but] we played pretty good,” Joseph Graziano (10) said.

Immediately, the game started off with intensity from both teams. The boys gave it their all and in the end, the team defeated the Portage Indians by 28 points in the lead.

“We played OK. We weren’t hitting all of our shots, [but] at the end of the game, we started coming back,” Nicholas Bandura (10) said.

The next game is scheduled for Friday, Jan. 30 against Chesterton.