Floating on at Formal 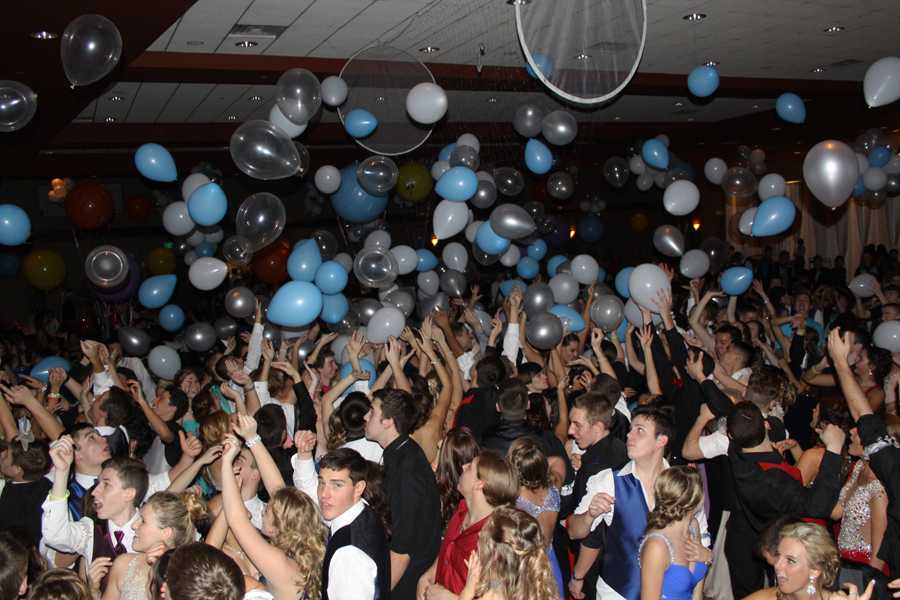 The crowd goes wild as the balloons are released on top of them. The balloons were dropped after the Formal court was announced.

Over 800 students gathered at the Halls of St. George on Jan. 24 to attend Winter Formal.  The theme of the night was “Float On.”

“Last year I did [Formal planning] too, and I made all the decorations. That took me a lot longer than it did this year. [This year] I hired everyone. I hired the DJ [and] I hired the balloon lady, so I didn’t have a lot of work to do. They all did it for me,” Kassie Woodworth (12) said.

Along with the countless dance battles that ensued throughout the night, Gabrielle Gomez (12) brought something that might change the game for the years following.

“I used [the selfie stick] a lot. I didn’t use it the whole night, but I did use it a majority of the time because I thought it’d be funny to get videos and pictures. I think it was more fun because when you’re a senior, you can just do whatever you want. It’s just more fun [when] you’re the oldest people there,” Gomez said.

Based on all the positive feedback, many students will never forget this night.

“Overall, Winter Formal was an experience I will never forget. I enjoyed every minute of it from the months of preparation to the moment I arrived and stepped foot on the dance floor,” Alyssa Wagner (11) said.