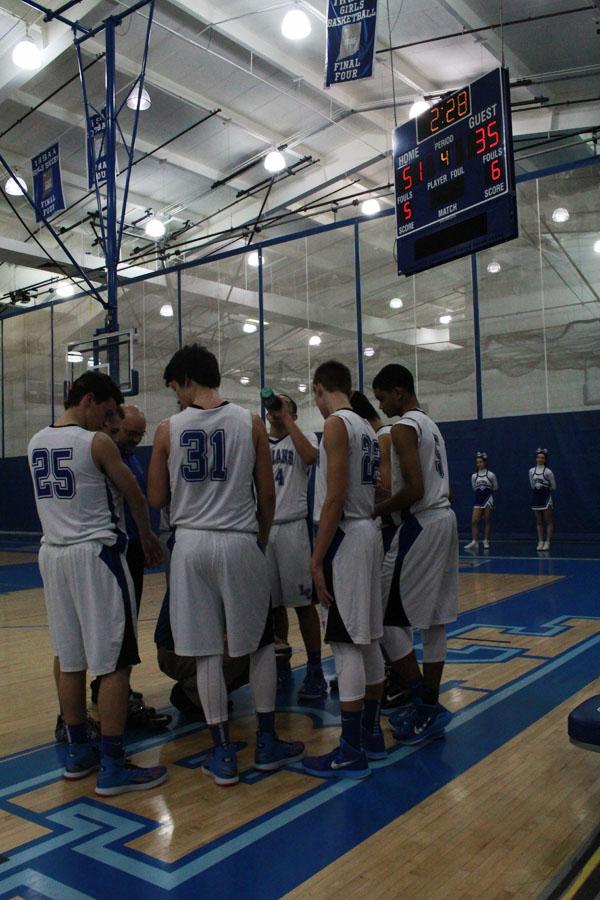 The boys take a timeout with two minutes left in the fourth quarter. Coach Summers and Coach Tomson gave the boys more advice on how to hold their lead for the last two minutes of the game.

The freshman boys basketball team swept Morton away at home on Jan. 28, with a score of 56-35.

Assistant Coach, Brian Tomson and the players both agreed it was one of their better games of the season.

“We played as a team and moved the ball around much more effectively than we have in the past. A lot of that was our ability to move without the ball, which has been an issue for us,” Assistant Coach Tomson said.

Although it was a strong game, according to the coach and the players, there was room for improvement as well.

“The one thing we need to improve on is when we are in the lead to just keep control of the ball. We basically just needed to make better decisions and not take forced shots,” Conner Tomasic (9) said.

At the rate the team was going last night, Coach Tomson believes the season will end positively.

“We want to build on the growth from last night and hope that we are playing our best as we get ready for the Highland Tournament at the end of the season,” Coach Tomson said.