Crêpes in the classroom 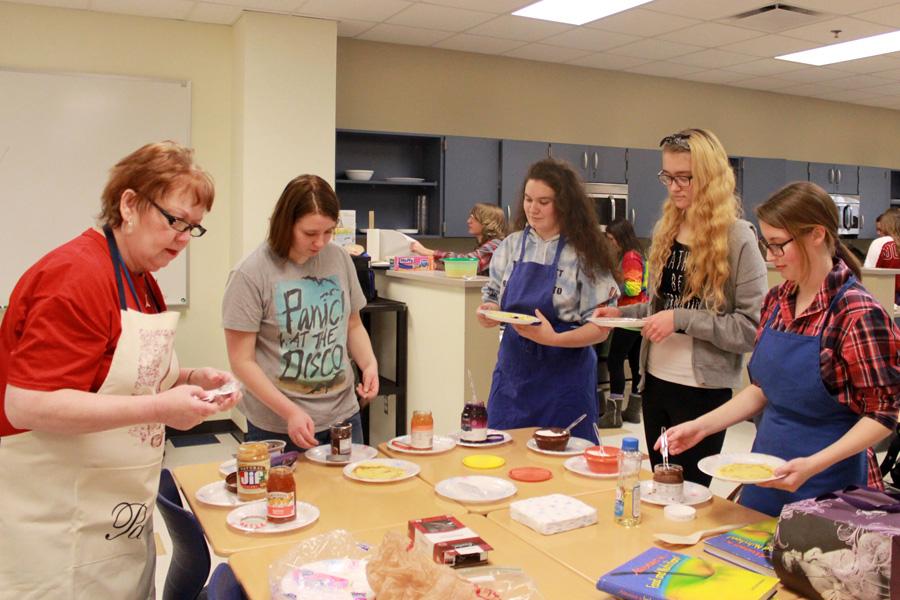 Members of French club finish their crêpes with toppings provided by the club sponsors on Jan. 27. In France, crêpes have been eaten with sweet and salty toppings.

On Jan. 27, the French Club met in D205 after school to make delicious French crêpes. For Mrs. Nancy Tilka, World Language, this was a good way to expand the students’ knowledge of French culture, as many of them have never tried crêpes before.

“It was kind of cool to do something [other than] just speaking French at school. Now it’s not just Mrs. Tilka saying what happens in France, it’s a way to be hands-on,” Nadia Magnabosco (10) said.

Crêpes is a popular food in France, especially during Mardi Gras. Some students have tried crêpes before, but did not know how easy it was for them to make at home.

“I decided to stay after because I thought it would be fun to learn how to make crêpes. [Now] I can make them at home whenever I want to,” Adare Pitchford (11) said.

In French classes, students learn about both the French culture and language. Few, however, have had the opportunity to experience the culture firsthand.

“I’ve had crêpes before when my dad and I went to Paris over the summer. We got crêpes at a little cafe, and it was really fun,” Adare Pitchford (11) said.