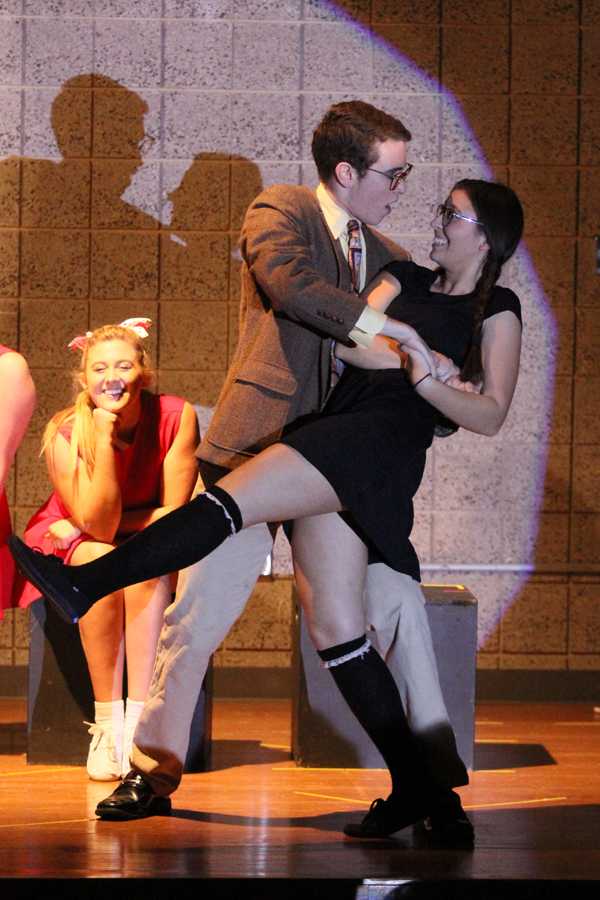 Q: What was your first reaction when you found out you got a scholarship?

A:When I first found out, I was shocked and I kind of froze. I had to keep asking the person who told me over and over again because I couldn’t believe it. Then I just started crying. Everyone thought I was upset about something because they hadn’t heard the news yet. I was just smiling and crying, and it felt so good. I was so excited.

Q: What school did you get the scholarship from? Are you excited to learn more about the school?

A:I got $3,000 from the New York Conservatory of Performing Arts, and I’m super excited to learn more about the school because I actually still haven’t done my information. I hear it is a great school, and it is perfect for what I want to do. I want to get into performing arts and theater education, and I’ve heard that they have really good programs. I want to do some more research, and I can’t wait.

Q: What did you have to do to audition for this scholarship?

A:I had to submit an online portfolio with all the shows I have done and what I have performed in and all the experience I have had. Then I had to memorize two monologues, one dramatic and one comedic, and then I had to perform them in front of college representatives. If they liked it, they called me back, and they tried to get me to join their program. It was really fun.

Q: How long did it take to prepare for this audition?

A:I picked out my two pieces in October, and then I started really rehearsing them and memorizing them, but then I took a bit of a break. After Christmas break, I started really focusing on them to make them stronger, and I went to [Ms. Nicole Raber, Guidance Department at Clark Middle School,] who helped me a lot. She’s kind of like my acting coach. We performed on Family and Friends Night, and then I was pretty ready.

Q: What major do you want to pursue in college?

A: I actually plan on doing a major in theatre ed[ucation] and a minor in performing arts, so I would get my degree to become a theatre teacher, but I would also have a degree in performing arts as well, that’s the main goal because I want to still be able to perform but I also want to like teach and direct like the other side of the perspective.

Q: Do you plan on auditioning again? A:

I do plan on auditioning next year because they’re actually in two categories. I did the college auditions which is for juniors and seniors where they could give you a scholarship if they wanted to, and they call you back to talk to you. Next year, I can do scholarship auditions, where I just audition to get a scholarship. It was awesome that I won one this year, but I wasn’t expecting it. I am hoping I can win some more next year.

Q: What is your advice for students who want to audition in the future?

A: I would definitely tell them to do it because putting yourself out there is really smart. Sometimes you don’t want to take the risk, but it’s always good to no matter what happens. You’ll be glad you did it, and it’s just a great thing to start pushing yourself and to do things you wouldn’t normally do. I would definitely suggest auditioning for a scholarship or anything that puts you out of your comfort zone.