From Boyhood to adulthood 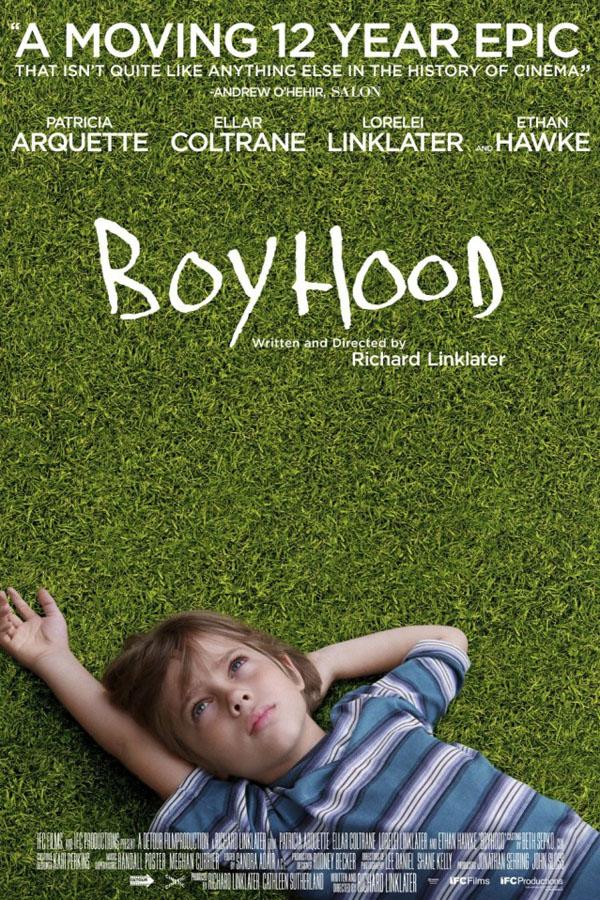 The film Boyhood walks away with three Golden Globes at the 72nd Golden Globe Awards. The movie centered around a boy named Mason as he journeyed into young adulthood.

Only a few weeks ago, the original drama, Boyhood, grabbed my attention and the attention of viewers watching the 72nd Golden Globes as it displayed a young boy’s journey to adulthood.

Walking away with best drama, Richard Linklater with best director and Patricia Arquette with best supporting actress, the movie had hype, and I was not disappointed.

The story was raw and filmed almost as if you were watching a high-quality home video that featured the same boy, actor Ellar Coltrane, literally grow up right before viewers’ eyes.

Taking over twelve years to complete, the story began when Coltrane was six and finished during his 18th year. Although this may seem like a minor detail, it made the film very personal, as though you truly get to know Coltrane’s character, Mason, during his transitions into different aspects of childhood and adolescence.

Slow-paced and almost lasting three hours, the movie dragged at certain parts but was so artistically produced that it made you think rather than yawn. The cast’s ability to convey, but not romanticize reality was what made it something truly special.

Boyhood is an excellent choice for somebody willing to appreciate a simplistic yet powerful film about the perseverance of the human spirit as it travels through different stages of life.