Close against the Cardinals 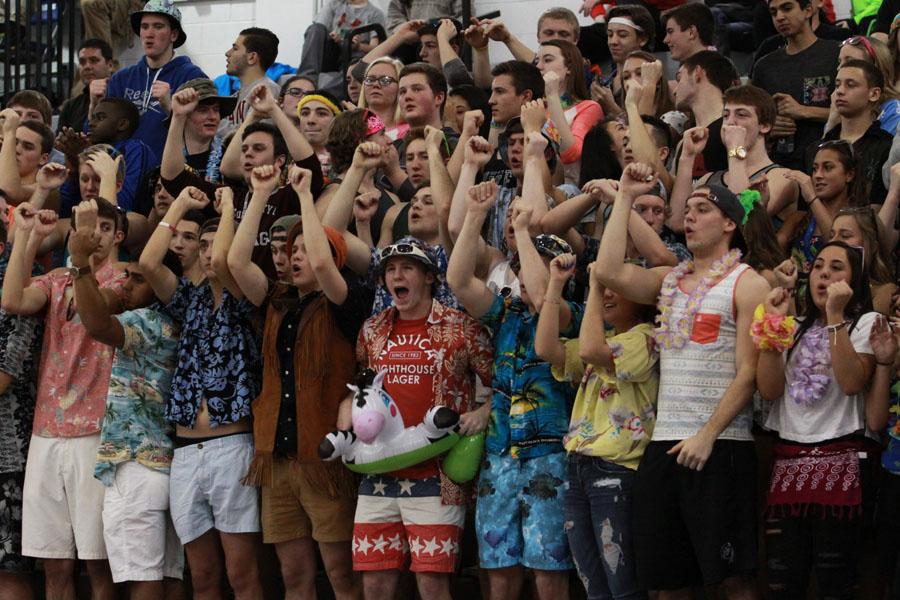 The student section goes crazy after Frank Dijak (11) scored his second free throw. Students were told to dress up for a beach theme.

The boys varsity basketball team faced the East Chicago Cardinals Feb. 10, losing with a score of 64-67.

The Indians and the Cardinals were neck-and-neck throughout the entire game.

In the meantime, the boys will work on their weaknesses from this game in order to prepare for Sectionals.

“We just need to work on close possessions, getting the ball and securing it and getting the rebounds,” Smith  said.

Although the Tribe lost, the team had some great plays.