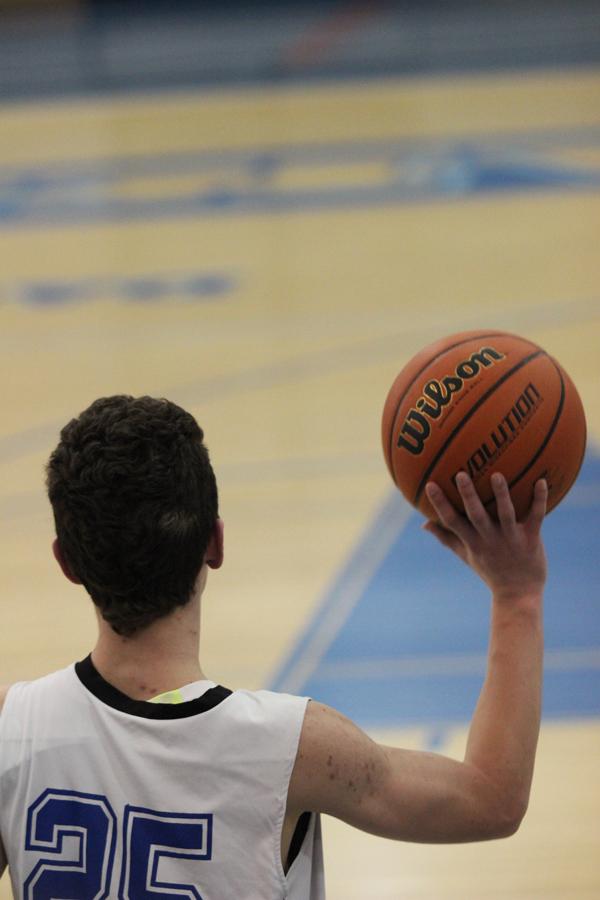 Conner Tomasic (9) prepares to pass the basketball to another player. This took place at the beginning of Wednesday’s game on Feb. 11.

The freshmen boys basketball team was victorious with a win over Valparaiso on Feb. 11. The final score was 28-22.

The boys were proud of their win over the Valparaiso Vikings, especially with the season coming to a close.

“We all had our parts. Each person had a job to do,” Olesek said.

While the team won and was content with its performance, some players saw improvements that could have been made.

“[We had] no communication, we didn’t pass well and we didn’t shoot well,” Justin Graciano (9) said.

As well as team improvements, Graciano knows what he could improve on individually.

“I didn’t score as much as I usually score. [I need to improve on my] free throws,” Graciano said.

Although this was the team’s last game of the season, the boys are still motivated to improve their game for the next season. The team was proud to finish their season with a win.