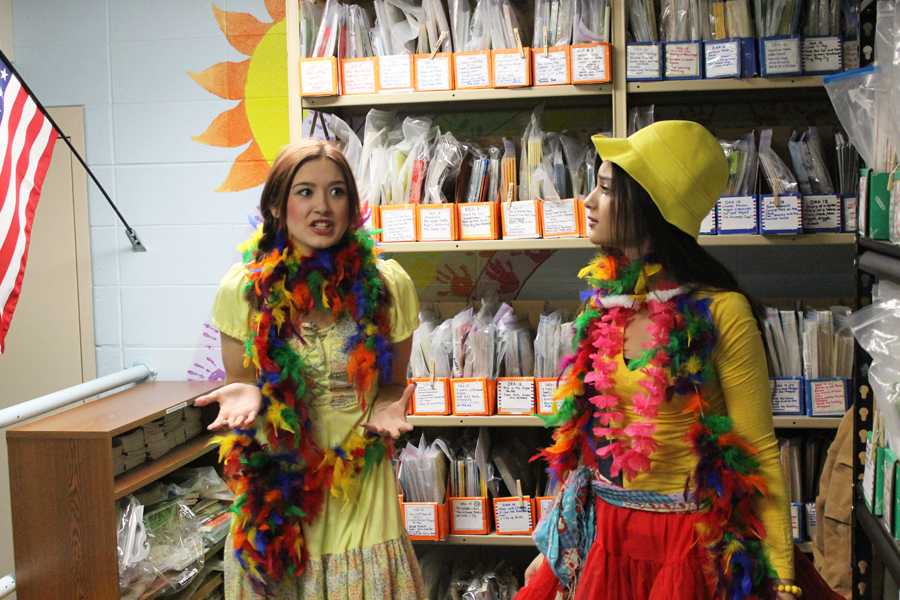 Payton Pawelski (11) and Mariam Shatat (11) practice before performing their show at Bibich. Pawelski and Shatat were both in a show based on The Sneeches and Other Stories.

“Our class split in half and each did a play based on a Dr. Seuss book. The theme of each show had to do with acceptance of others,” Hannah Souronis (10) said.

In Advanced Theater Arts, students have take part in at least three community service activities as a part of their grade. The trip to Bibich counted as one of three for the students involved.

“For community service or fundraisers, we’ll do improv shows, short plays like at Bibich, or fundraisers for people in the community,” Elise Bereolos (11) said.

In April, the fifth hour class will be performing the same plays for Kolling Elementary School. The other Advanced Theater Arts classes do similar activities, like performing for elementary schools at different times throughout the school year.

“Some of the kids were a little rude, but it was still a really fun experience. I can’t wait to do the next one,” Megan Barry (11) said.