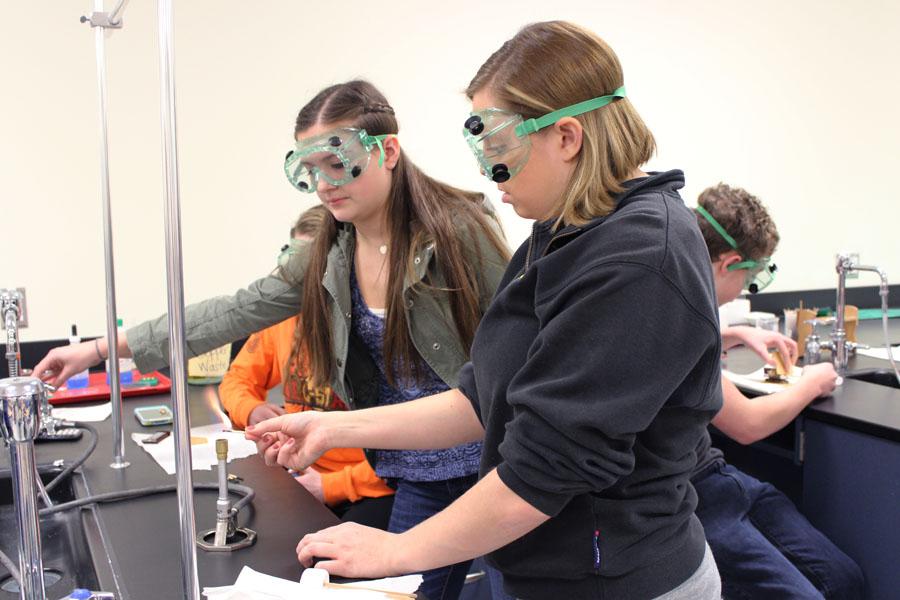 Ms. Lauryn Beneturski, Science, helps Alexandra Idalski (10) light her Bunsen Burner. Both Ms. Beneturski and Idalski had to wear protective goggles so they would not accidentally damage their eyes from the flame.

“Students are making s’mores and they’re using a certain amount of ingredients to determine the limiting reactant like you do with chemicals in a chemical reaction,” Ms. Beneturski said.

For some students, preparing to make the s’mores was the most difficult part of the lab.

“Lighting the bunsen burner [was difficult] because we didn’t have a enough gas so we couldn’t get the flame to ignite,” Alexandra Idalski (10) said.

Making s’mores was a rewarding treat to the students after completing their lab worksheets.

“It was really fun and appetizing. It’s s’mores, come on. They’re good. It’s fun to make them,” Idalski said.