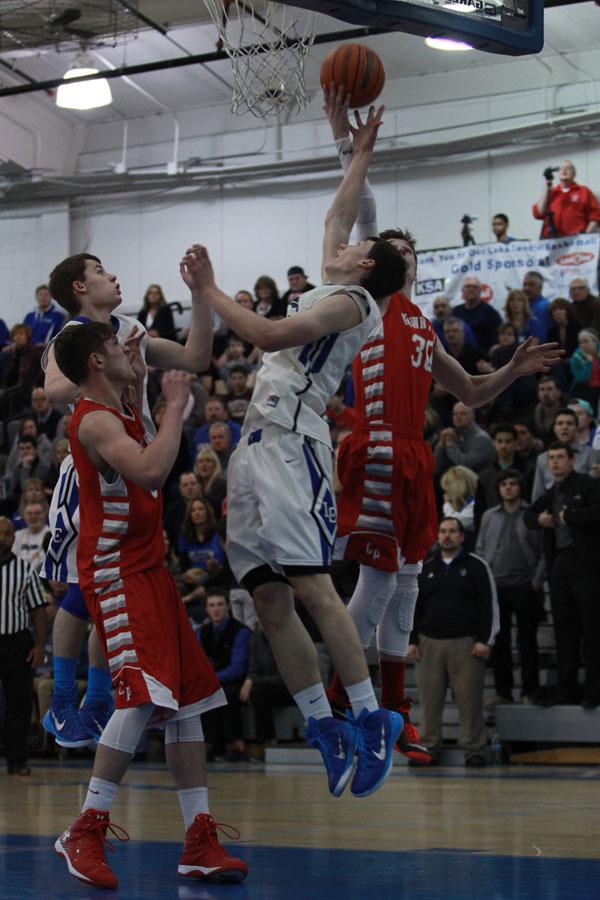 The varsity boys team lost to the Crown Point Bulldogs on Friday, Feb. 20. After a tough fight throughout the whole game, the score was 46-71 CP.

“We expected to win and we prepared as much as we could. Things just didn’t come out our way. I felt like we could have played better as a team. We didn’t execute when we were suppose to. We just didn’t have a good game overall,” Ryan Bereda (11) said.

During half time, the JV and Varsity Centralettes performed their hip-hop routine. Also, the Booster Club sold raffle tickets for a pie eating contest. Three LC students got chosen for the pie eating contest; they were Devonte Brooks (12), Samer Musleh (11), and Daniel Picioski (10).

The Indians will face the South Bend Adams Eagles on Friday, Feb. 27.