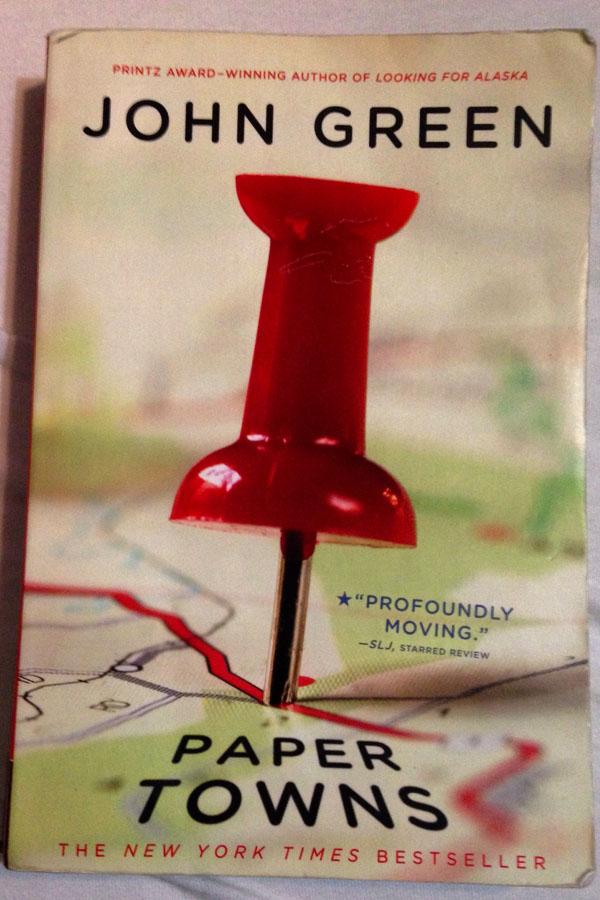 John Green as an author has recently become more popular with his book The Fault in Our Stars being produced into a motion picture in 2014. While a number of readers have fallen in love with the story of Hazel Grace and Augustus Waters, they fail to continue onto Green’s other books, like Looking For Alaska, An Abundance of Katherines, Will Grayson, Will Grayson and Paper Towns.

Much like TFIOS, Paper Towns incorporates love, witty humor and an enticing tale about finding who you are while trying to figure out who everyone else is. Paper Towns is told from the point of view of a high school senior named Quentin, or ‘Q’. Quentin quickly finds himself falling in a whirlwind of emotions with childhood friend and neighbor, Margo Roth Spiegelman.

One night Margo shows up unexpectedly at Q’s window and asks him to join her for a ‘mission’ in the dead of night to stir up some trouble. After having the night of his life, Q finds out the next day that Margo isn’t at school, and after weeks of her absence, Quentin begins to search for Margo, who is known to disappear, but never for this long. With clues and a few good friends, Q continues his search for Margo throughout the book while trying to balance his last few ‘majors’ of high school, like Prom, finals and graduation.

Because it’s from the perspective of a boy, I found the book a little unrelatable at first. As I continued to read, I found that Quentin’s perspective of life and people changed throughout the book as he discovered who they truly were instead of who he assumed they had been. The insightful commentary and humor helped with the flow of the book overall. Although it took me a while to finish Paper Towns because the book comes off a little slow paced at first, around the end I found myself not being able to put it down.

I would definitely recommend reading Paper Towns and sticking with it to reach the unexpected bittersweet ending. John Green, as always, does an amazing job mixing the big life questions with relatable relationships among characters. If you like a good mystery that will keep you on your toes, and still make you question your views on life and the people in it then Paper Towns is the book for you.