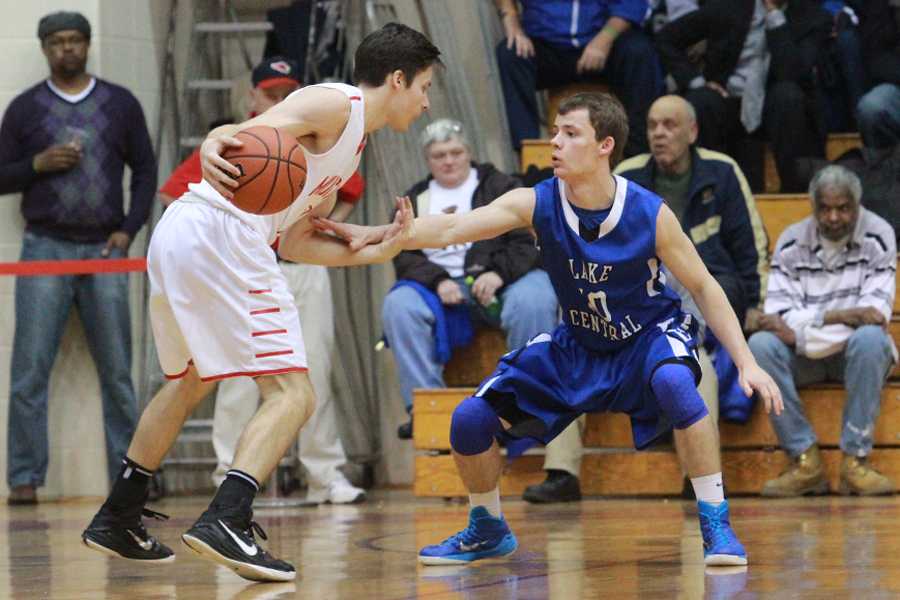 “We didn’t play our best game, and they played really good. We scouted them pretty well and we knew most of their plays, but they just outplayed us,” Gage Ray (11) said.

Although the game ended in defeat, more players who usually do not get as much playing time got in the game.

“[When I played] I was still kind of nervous. It was packed, and [with] all the fans watching you, you just get nervous. But I’m glad I got in, [it was my] first Sectional,” Joseph Graziano (10) said.

The season did not end on a very positive note, but it was not a bad season overall. The Indians finished off with a record of 13-10, including strong DAC wins against Merrillville, La Porte and Portage.

“With losing so many guys last year and having so many new faces, I think our kids did a pretty overall good job this year. I was proud of the progress they made, which I don’t think was evident possibly in this last week or two. But nonetheless, [it was] a great group of kids to work with,” Coach Dave Milausnic, West Lake, said.