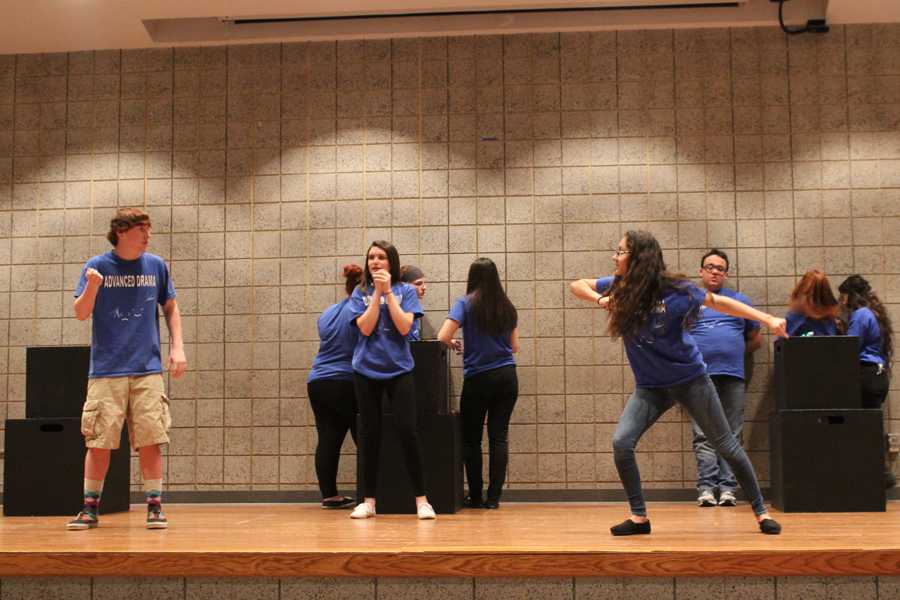 Tyler Paluszak (11) and Melissa Torres (10) face off as boxers “The Beast” and “The Centaur” while Hannah Souronis (10) acts as their announcer. Paluszak, Torres and Souronis took suggestions from the audience to shape their scene.

On Thursday, March 19, Mrs. Pam Neth’s, English, fifth hour Drama II class took to the stage. The class’s two groups, “Improvination” and “Phantom of the Improv,” got the chance to show off their skills with long-form improvisation games.

“There were a lot of strong points [in the show.] It was really fun to watch [‘Improvination’] perform and I felt like my group, ‘Phantom of the Improv,’ did really well. We improved our form a lot, and we had a great group mind going,” Anna Samels (10) said.

While there are some students who are both part of the theatre classes and the company’s productions, there are some who decide to stick to the classroom stage.

Because the Drama II classes include students of all backgrounds, each student gets their chance to show off their theatrical strong points.