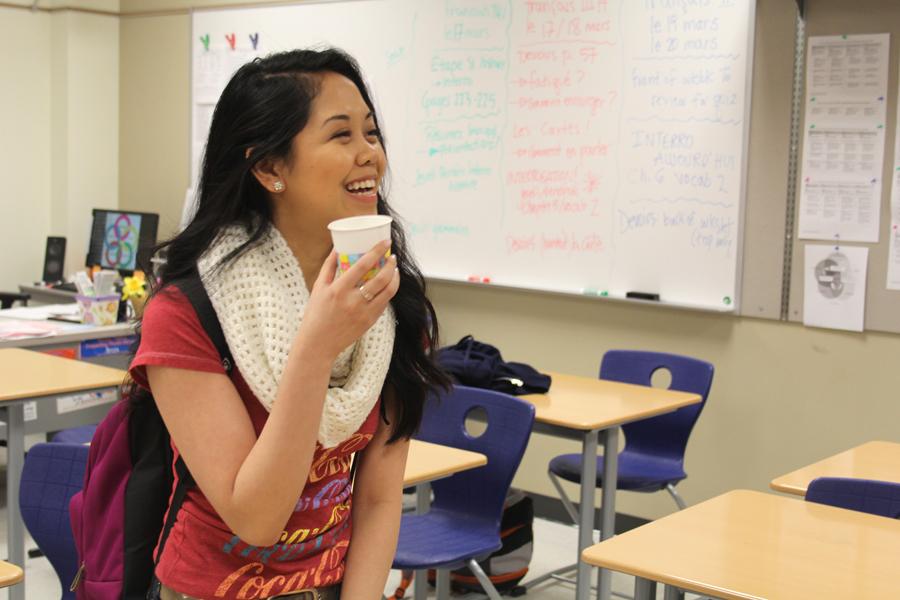 A number of french students took an hour out of their day after school on March 19 to participate in a contest to see how they would compare to French students across the nation.

The test they took is referred to as the National French Exam, a standardized test involving listening comprehension, vocab and grammar in context.

“I think [the National French Exam] allows [students] the chance to see how well they can do and how they stack up on a standardized French test. It’s a good academic opportunity, and it’s a chance to build up a college resume. It’s a good way to encourage the study of French,” Mrs. Nancy Tilka, World Language, said.

This year, over 60 students registered to participate in taking the test throughout all four levels. Lake Central has participated in the National French Exam 13 times including this year.

“Initially I took the test because I needed to put something on my transcript, but now I take it because I want to see where I place compared to other French students, and it’s fun. I really like to challenge myself,” Dianne Cometa (10) said.

Taking the test can be beneficial for a college application which may be one of the reasons why 93,000 students nationwide participated last year.

“[Other students should take it] because it shows you what you need to know and what you don’t know, which is a really good thing. The placing is really helpful, so you can see where you are compared to other people,” Cometa said.

Cometa took the test last year and placed both regionally and nationally.

“Last year I placed first regionally and 16th nationally [in the first level]. It felt really good. I was so happy. Mrs. Tilka is one of the best teachers at Lake Central. She’s so passionate in what she does, and she has a good background which influences a lot of people to study French,” Cometa said.