Taking pride in a close game 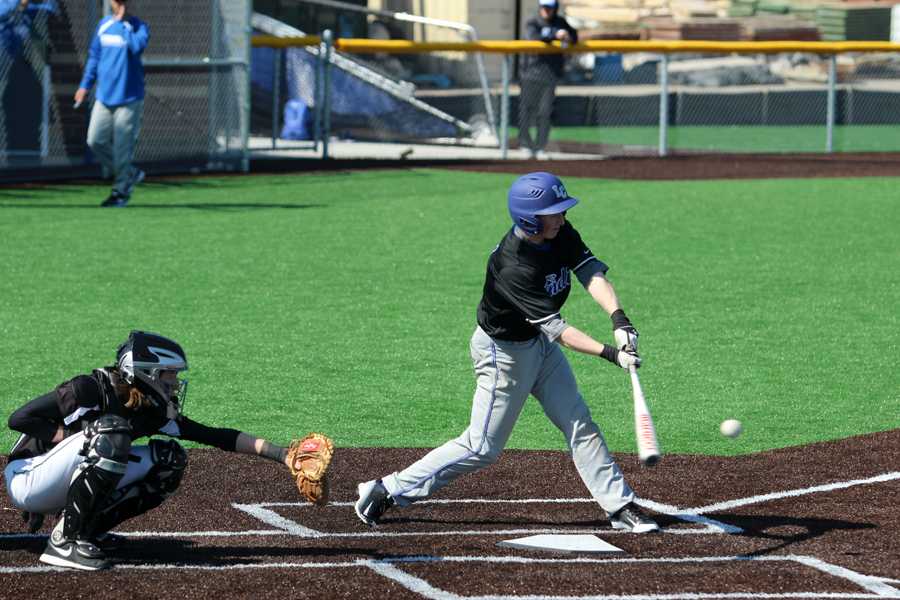 Lake Central’s varsity boys baseball team played against Illiana Christian on Saturday, April 11. The boys faced off at Lake Central at 9 a.m. Lake Central had a close game, but Illiana came out with the win with the score 1-2.

“We didn’t hit the ball. I think it was partially because it was early and we knew we had two games [to play that day],” Steven Meyer (11) said.

Lake Central was the first to score and stayed in the lead for the majority of the game.

“I think we played with a lot of chemistry and we got along pretty well. We played well on the field,” Meyer said.

Illiana made a quick comeback by scoring two runs. Although the boys were down by one run, they played well.

“We pitched really well [in the game against Illiana]. We only walked one hitter. Something we try to do is walk under two hitters per game and we did that [Saturday morning],” Coach Jeff Sandor, English, said.

Whether the team comes out with a win or a lose, there are always aspects of the sport that they strive to improve on.

“I thought we left a lot of runners on base and we didn’t hit very well. Taking a little more pride in each at bat [is something we can improve on]. It terms of practice, it’s not something we don’t do everyday. It’s just the nature of the game. We found a lot of failures that day and we’ll learn from it,” Sandor said.