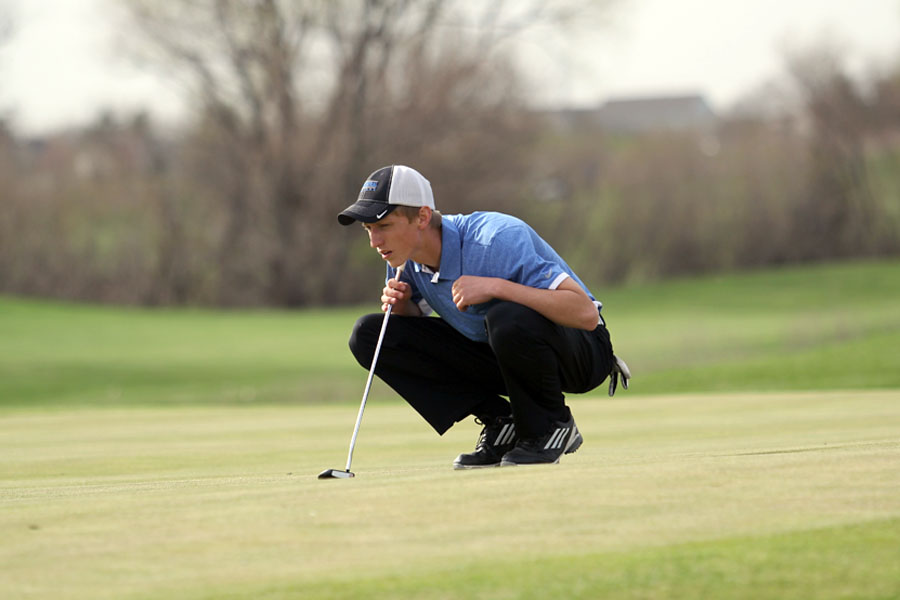 Ryan Dahlkamp (12) squats to see an opposing players angle on a shot. Lake Central was excited to continue on with the season.

The boys golf team earned a victory over both the Munster Mustangs and the Highland Trojans on Tuesday, April 14. Lake Central blew both teams away with a score of 151 while Munster scored a 200 and Highland, 185.

“Yesterday we did well, we won, the team shot 151. That’s 11 over par as a team, which is pretty good. We are ranked second in DAC this year right behind Crown Point,” Nicholas Good (11) said.

The Indians have only had two tournaments so far. Although the boys are just getting started, they have high expectations for this year.

“We are going to be decent this year, we lost a lot of seniors since last year, but we are going to keep working to get better as a team,” Andrew Hegan (9) said.

Even though the golfers are off to a great start, there is always room for improvement.

“We are mostly trying to improve on our overall score, and just working together to be successful as a team,” Tyler Copak (10) said.