Pitching the Portage game away 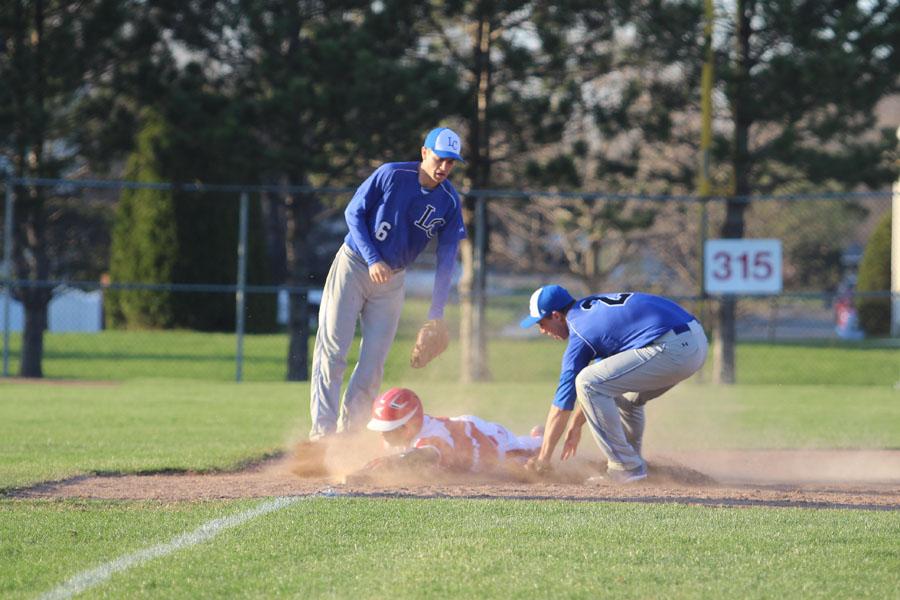 Alexander Nisle (12) tags the opponent at third base causing an out. The win put the boys tied for first along with Crown Point in the DAC conference.

On Apr. 16, Lake Central and Portage competed to see who the better Indians were in baseball. Even though the game was in Portage, the Portage Indians did not maximize their home field advantage. The Indians beat Portage 9-1.

“We needed to bounce back after a tough game against Crown Point. It was a good game for us mentally and physically. It was probably the first game this year we played the full seven outs focused with our best ability,” Ryan Ruthrauff (11) said.

With only one run let in, the game had huge success due to the sophomore pitcher Matthew Litwicki (10). This was Litwicki’s first time on the mound against another DAC opponent.

“Personally, I can improve on throwing more strikes. I was not as sharp as I wanted to be. I wanted to get a lot of kids out and not walk as many but we ended up winning so it ended up being a good game. My goal as a pitcher is to just pitch my game and to get guys out and put our guys in a position to win no matter what. I think we have a chance to go deep in the tournament if we all come together and play how we played against Portage,” Litwicki said

After this win the boys are now tied for first in the conference with the rivaled Crown Point Bulldogs.

“I think that we have a good season coming up as long as we don’t lose another DAC match-up. I’m pretty sure that with the pitching rotation we have, even though it’s young, we can make a state run,” James Mayes (12) said.