When the game stands tall 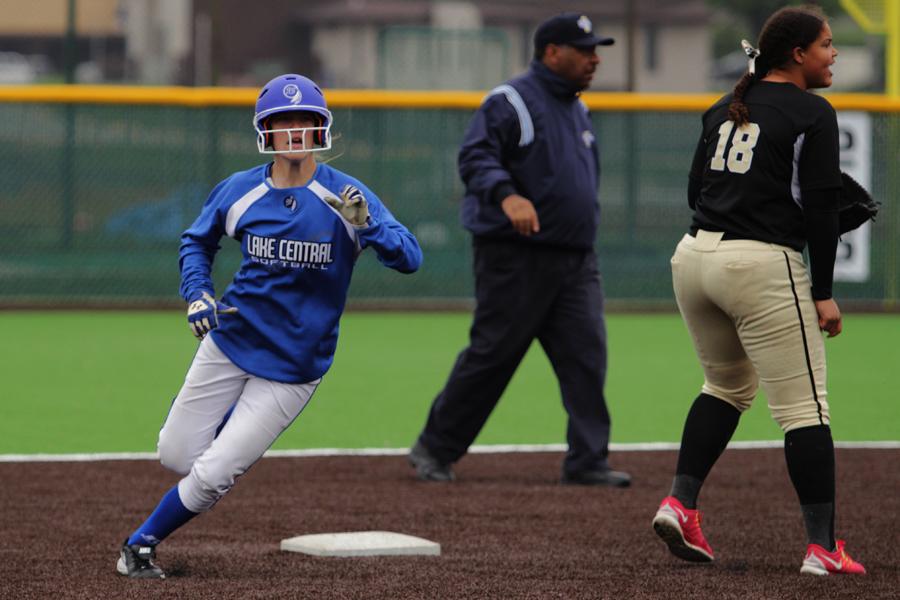 Cheyenne Mathas (9) rounds second base, heading for third base. She was called out at third.

After a victory against Crown Point in a tournament on Saturday, May 9, the JV softball team played against Penn and won its second game with a score of 5-1.

“Having a huge lead in this game made me realize what a great accomplishment it was against Penn, being one of the best teams in Indiana. As a whole team, we all contributed [to] the game, and we all work together very well,” Rylee Platusic (9) said.

While making a play, Jessi Kiefor (9) collided with a Penn runner and was taken out of the game.

“Our first baseman said that when I fell, I wasn’t moving for a few seconds, so they think I might have been unconscious for maybe three seconds. Once I was OK again, I was kind of mad because it would have been a double play, but I don’t have a concussion or anything. [I] just had a real bad headache the rest of the day,” Jessi Kiefor (9) said.

After coming out on top in the second game, the team was granted a third game in the tournament.

“To me, I think our team is playing really well so far. I think we [had] two good wins. I hope to beat Portage in the last game. We’ll see how we play,” Selena Michko (9) said.