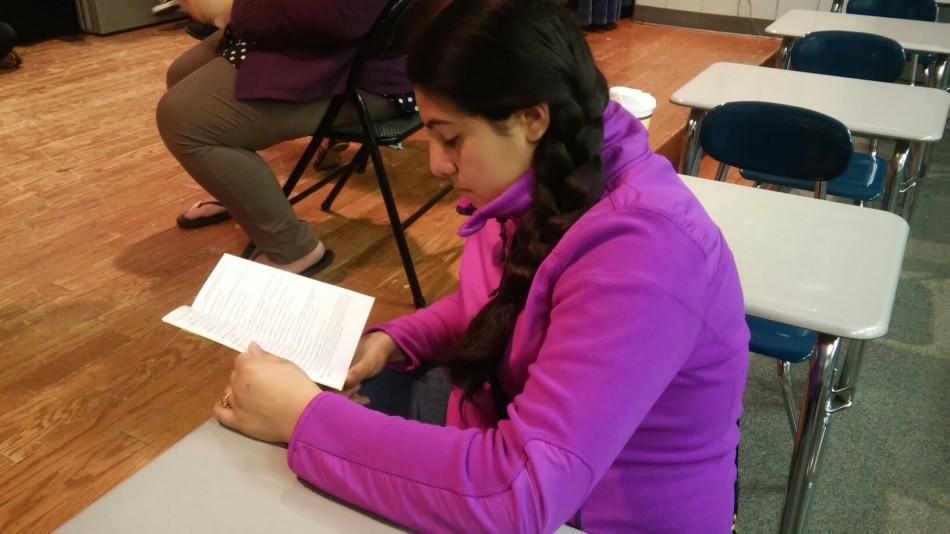 Miranda Munoz (8) reads her script at the first rehearsal. During the rehearsal, most of the time was spent reading through scripts and getting to know each other.

Throughout the school year, students take part in fall and spring shows, but during the summer, the entire community can audition for Lake Central Theatre Company’s summer show. This year, the company will be performing “The Murderous Mansion of Mr. Uno.”

“The show is a murder-mystery spin-off of “Clue” with zany guests that are blackmailed by the party host who is later murdered,” Elise Bereolos (11) said.

At the first rehearsal, the students did a read-through and brainstormed some basic outlines for the costumes and set.

The performances for this year’s summer show will be June 18 through June 20.

“I think this show is going to turn out well. The cast members are all really funny and work well together,” Megan Barry (11) said.