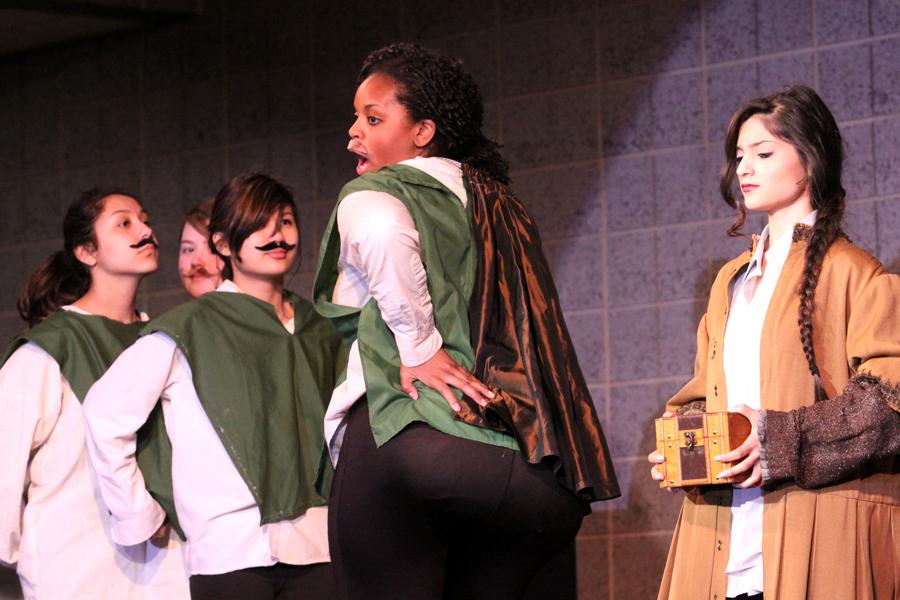 For Advanced Drama’s final, the class has to put on a play involving a cast, technical actors and student directors. This semester, the class performed Stone Soup, a whimsical play featuring flamboyant knights, townspeople, and a magic soup.

“We chose the show because it was fun and silly, and it would be something kind of carefree and easygoing for us because everyone has a lot going on. Something that would be simple yet entertaining for everyone. I think that it was a really good change of pace for all the stuff going on with finals to have this be like one big, fun thing for all of us to come together,” Micah Ellis (12), student director, said.

Dressed up as male knights, Anastasia Rauch (11) and Hannah Souronis (10) played the roles of Sir Lou and Sir Charlie, whose real feminine identities were later revealed, adding to the conflict of the play. The story’s message embraced the idea that men and women are able to do the same things.

“I felt that it [the show] went really well. All our hard work really paid off. We felt really stressed because we were cutting it close to the end of the school year, but we ended up pulling it off even better than expected,” Rauch said.

When it comes to Finals week, Rauch believes that the art of acting is not only learned in the classroom.

“I prefer putting on a show because it really shows what we learned throughout the year– much better than it would if we took a written final,” Rauch said.

The next play by Lake Central Theater Company will be the Summer Show, “The Murderous Mansion of Mr. Uno.” Performances are June 18-20 at 7 p.m. and June 21 at 2 p.m. in Clark Middle School’s LGI Room.