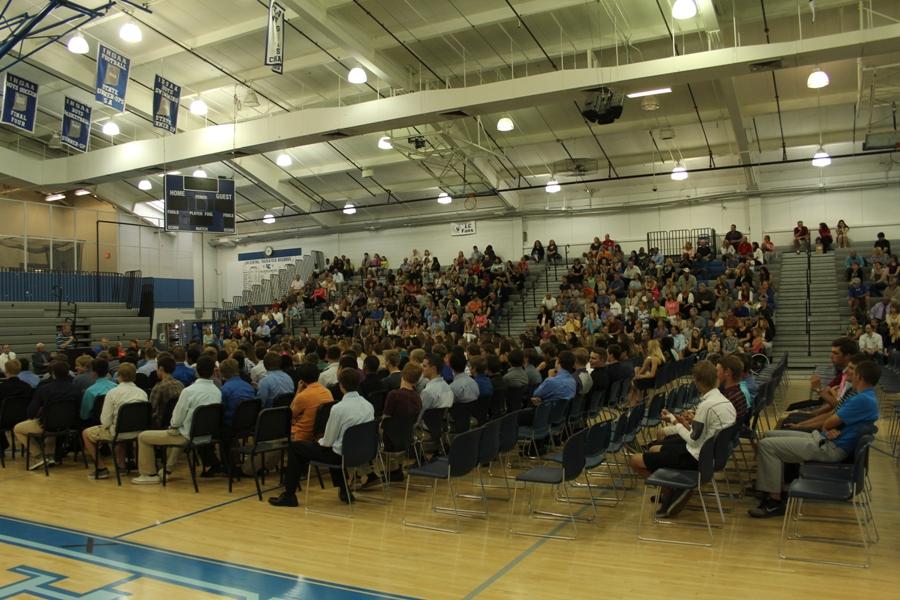 Athletes and parents sit in the gymnasium to see the spring sports award ceremony. Coaches from each sport spoke about their team’s accomplishments.

Athletes from all spring sports gathered in the gym to receive awards and recognition June 3. Each coach was able to show off his or her team and talk about accomplishments throughout the season.

Numerous athletes on every team received the Scholar Athlete award, like Clayton Goldman (11).  In addition to this award, he was awarded the Varsity award, Rookie of the Year and the All-Conference award for boys track and field.

“This was my first season running track. Winning the awards at the banquet was a great feeling. Being able to break two records in my rookie season was more than I thought would ever happen when I joined this year. Winning State in the 4X400 [was] the best feeling of my life. [It was] absolute euphoria,” Goldman said.

Lindsay Kusbel (12) received the Female Athlete of the Year award.  She was praised for her accomplishments as an athlete in numerous sports throughout her high school career.

“[The awards were] really special and a great honor. I couldn’t have done it without any of my coaches or teammates for that matter.  Everyone that supported me, [including] the staff, [was] really great,” Kusbel said.