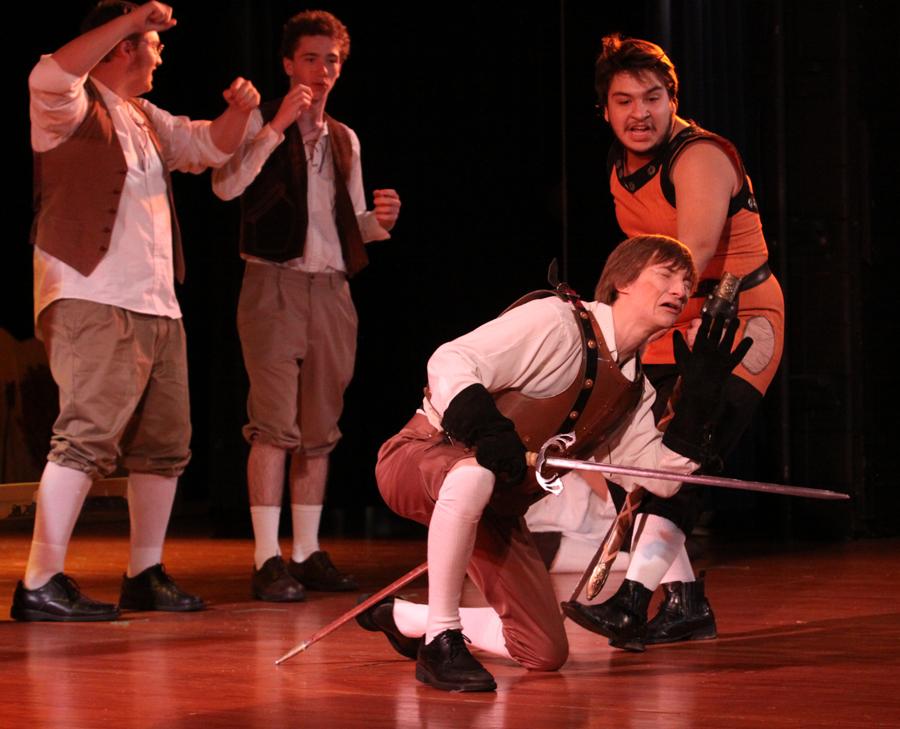 What do you get when you cross a delirious Mexican, a donkey and an abusive windmill?  Lake Central Theater Company managed to combine all of the above into this year’s fall show, Don Quixote.  Matthew Shute (12), cast as the lead role of Don Quixote, led the cast and crew through another fantastic production.

“Don Quixote went through part of his life thinking that he was this awesome knight, but he really wasn’t. He encountered many different people and had mini episodes with a lot of different characters,” Brenda O’Gonuwe (11) said.

After the first read-through of the script, the cast became skeptical about the show.

“When we first read it, we were like, ‘What is this? No, come on.’ But it ended up being really funny, and everyone loved it,” Zachary Buntin (10) said.

Along with Shute, this year’s seniors filled some pretty big shoes, becoming the new role models of LCTC.

“It’s different being considered a senior. I’m so used to looking up to the seniors, and this year, everyone’s looking up to me and all of the other seniors,” Meagan Sipiora (12) said.