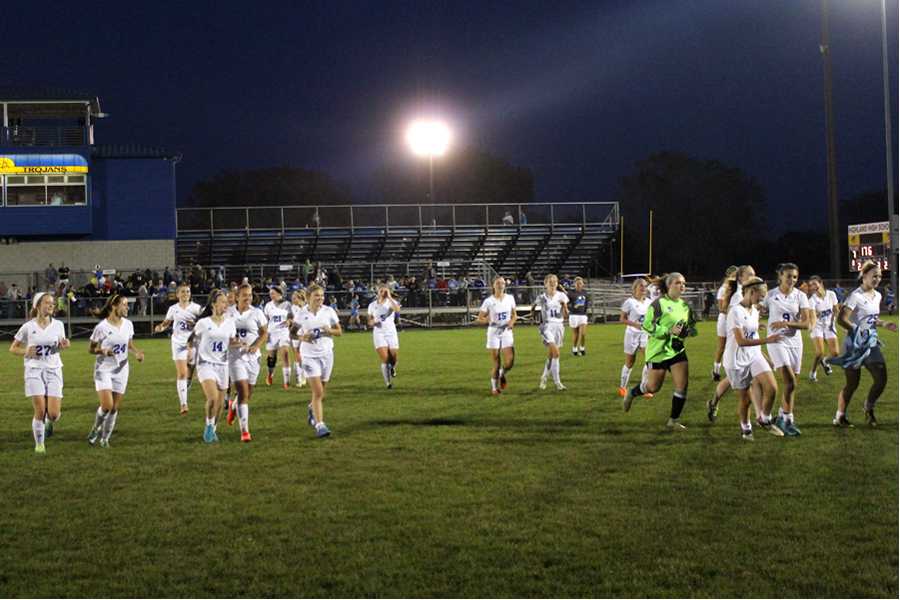 The girls soccer team played their first sectional game of the year at Highland High School against Gavit High School. The game began at 5 p.m. and ended with a score of 7-0.

“I felt that at first we started slow and the second half we picked up the intensity and we really pulled it out,” Cailee Wilkinson (11) said.

Even though Sienna Pinskey (12) scored in the first 14 seconds of the game, the Indians did not take off until the second half.

“[The highlight of the game for me was when] I scored on a header, which is pretty exciting. Being able to come back the second half and score five goals [was great]. At halftime we were only winning by two,” Jessica Hearne (11) said.

The girls used their achievements throughout the game to keep their emotions high and take the victory.

“[To prepare for regionals we are going to] practice hard and expect anything from the competition,” Rachel Inglese (12) said.
The Lady Indians will play their regional game on Wednesday, Oct. 14. With hard work and dedication the girls will strive for another victory.